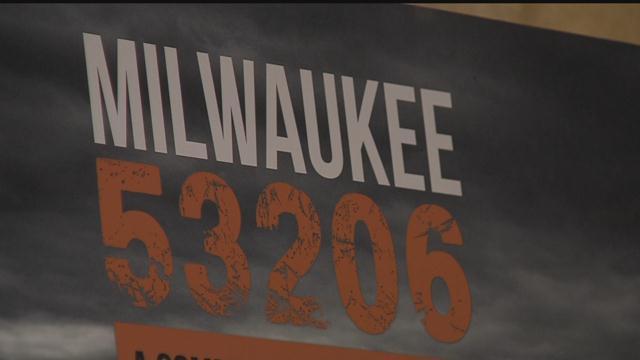 CBS 58—Milwaukee’s 53206 zipcode is the focus of a new documentary about the impact of mass incarceration.

The 53206 area is a high crime, high unemployment part of the city with one of the highest incarceration rates for African American men in the nation.

The film, “Milwaukee 53206” follows the stories of three people living in the zipcode. There is a single mother, who’s husband is in prison, a man working to help ex-offenders and a former inmate trying to get his life back on track.

Chad Wilson is a father of five who spent 15 years in and out of prison.

“It’s one of the worst feelings in the world to be away and not be able to guide your child,” Wilson said. “Let alone provide school supplies, bed time stories.”

“If I can help somebody by letting people see how hard it is and I can also let people see that however hard it is, you still keep going,” Wilson said about why he agreed to do the film.

Filmmakers chose to feature the zipcode because it has one of the highest incarceration rates for African Americans in the country.

“You have high rates of unemployment, you have young people without places to go,” said Keith McQuirter, the director. “You have policies in place that are trapping young people in the criminal justice system, they can’t get out of.”

McQuirter wanted to show the impact of incarceration, not only in the imprisoned, but the families and communities.

“The community has missing men,” McQuirter said. “The men are just disappearing.”

And when the reappear in the community it’s not easy.

Wilson, who is now working to help troubled men in 53206, says he hopes people see this film and recognize the need for change, and programs to help inmates when they get their second chance.

“I want your heart,” Wilson said. “I want you to understand that humans are individuals that need to be cultivated.”