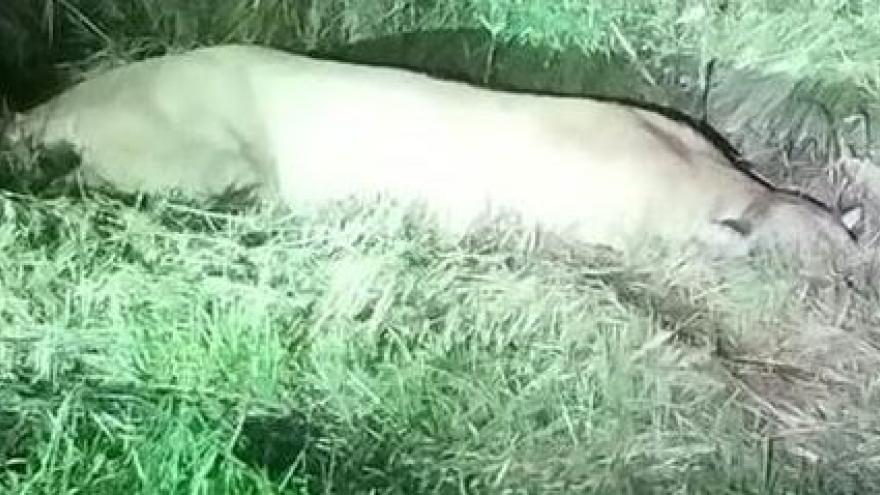 TAYLOR COUNTY, Wis. (CBS 58) -- The Wisconsin Department of Natural Resources says they got a call about a cougar crouched in a grassy area along a road in Taylor County.

The DNR was afraid the animal had been hit by a car because it wasn't moving, despite being surrounded by a group of people.

Staff said it turns out the cougar was just tired and soon after the group moved away, the cougar ran away.

The DNR says there's no evidence of cougars breeding in Wisconsin. The DNR asks anyone with an unusual animal sighting or trail camera photo to fill out the Large Mammal Observation Form so biologists can work to identify the animal.