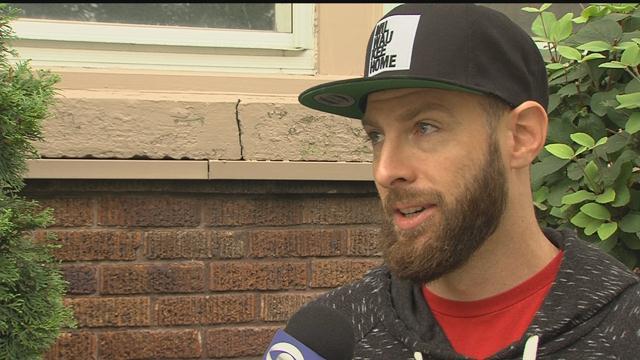 According to Nathaniel Koenig thieves not only broke into his car, they drove off with it. And inside was nearly $10,000 worth of DJ equipment.

“This has been a nightmare,” said Koenig.

Nathaniel Koenig says he was working in the Third Ward Sunday.

His car was packed with equipment from a gig earlier in the day, he parked in the back alley, a spot

"About 9 o'clock I came out to get out and leave, and went outside and realized it was gone,” said Koenig.

At first he thought his care been towed. Koenig went to surveillance video and discovered that was not the case.

It shows what appears to be a group of young men rushing towards his car and breaking-in.

"They grab some gear, throw it out. What you don't see after that while they are backing the vehicle out, they are throwing gear out to try to fit 6 people in there,” said Koenig.

Koenig posted the surveillance footage on his Facebook page, which has been viewed more than 14-thousand times.

Milwaukee Police said they have increased patrols in the third ward because a rash of break-ins.

"He said this is the biggest act that they've had as far as anything that has come down with the theft of a vehicle and the gear that's associated with it,” said Koenig.

Koenig is hoping the video will bring even more awareness to everyone to think about their surroundings.

"You don't really hear about stuff like this, you don't really know that you ever have a second thought that your vehicle is going to be broken into, much less stolen,” said Koenig.

Koenig has filed a claim with the insurance company. As for his gigs, those are now on hold.