WAUKESHA COUNTY (CBS 58) – Town of Brookfield Police confirm they are searching for evidence relating to the November 2018 homicide of Madeline Kim.

Her husband, Sunkeun Kim is charged with her murder.

Police were out for hours Monday and still haven't found what they're looking for. The pond is now empty and detective with the Town of Brookfield Police Department says the pond's floor is much muddier than they anticipated, so the search has been challenging.

Residents of Brookfield Lake Condominiums woke up Monday to find their pond being drained.

It’s been hours and the search for evidence continues in this drained Brookfield pond pic.twitter.com/zKBNelnJTl

"I think we're just kind of waiting to see what's happened and get an explanation after it's over," Town of Brookfield resident Don Bonk said.

"I hope they find what they're looking for and then they can close that case and settle everything for that poor girl," another neighbor, Patricia Polaske said.

Almost five months after Kim was strangled in her condo, they are still investigating. Police can't say what evidence they're looking for in the pond, but for hours, divers battled the mud and used a metal detector to search the pond floor.

Police say the pond will be filled back up. Kim is in custody and due back in court in May.

The complex is located near Bluemound Rd. and Brookfield Rd.

A CBS 58 crew on the scene says the pond is currently taped off and authorities have a command center set up. 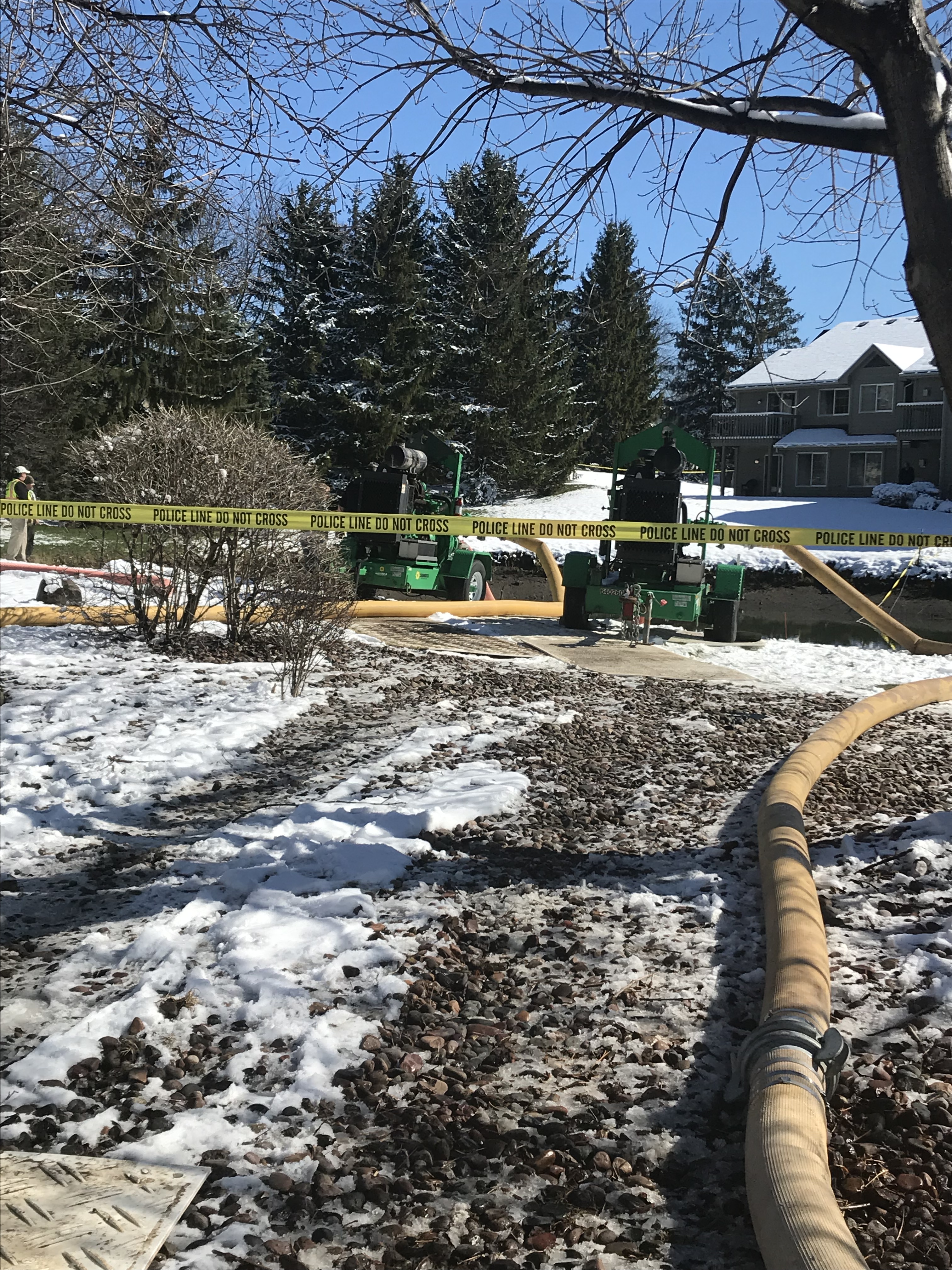 According to Town of Brookfield Police, authorities are draining the pond and sending in divers relating to an investigation. Police would not say which investigation the search is related to.

“I think we’re just kind of waiting to see what’s happened and get an explanation,” Town of Brookfield resident Dan Bonk said. “Either it’s nothing or they found something. We just don’t know at this point.”

Police tell us the investigation is related to a situation CBS 58 covered in the past.

Last fall, a woman was murdered at the condominium complex. Her husband was charged with the crime, but police would not confirm if their current investigation is related to that case.