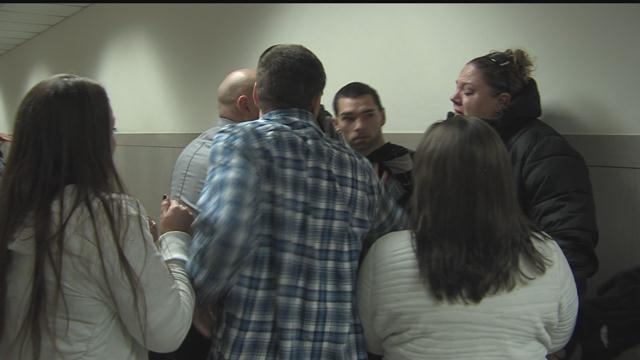 Officers jumped into action when the family of a local teen confronted supporters of the teacher who admitted having sex with the boy.

It happened right outside the courtroom.

Law Enforcement Officers were seen running down the hallway the moment shouts filled the area.

The emotion filled scene was quickly brought under control by county and city officers.

The victim of the assault was an assistant on the volleyball team that Dillett was coaching.

Dillett addressed the court before learning her fate.

"I'm sorry," she said at times breaking down. "I know that word has come out way too many times.  I know I have disappointed and embarrassed me and my friends."

During the hearing, the father of the teenage boy said that Dillett seemed more concerned about keeping her job than the impact of what she did.