Discovery Center The Place to Be for Spring Break 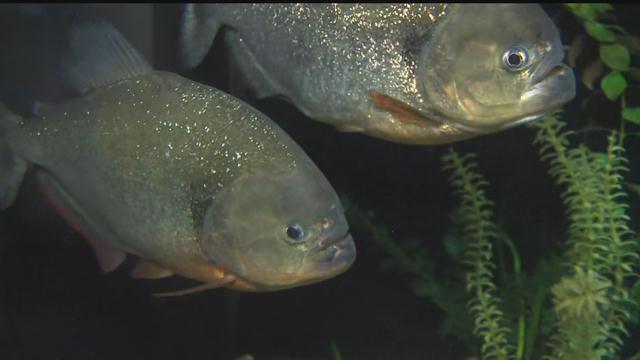 Normally, several hundred school kids attend Discovery Center on any given day.  But during this week, while many students are on spring break, close to a thousand youngster show up to see all the exhibits, including a new one called "Weird & Wild:  Colorful Freshwater Species from around The World." It's a new addition to the Reinman Aquarium, and it features freshwater species from around the globe, including Piranha, Poison dart frogs, and Alligator snapping turtles.

CBS58's Michael Schlesinger had the chance to visit Thursday morning.  It's also Robotics Week, so he also had the chance to see various robotics displays, including one exhibit where balls move in sync to the rhythm of a song.

It costs $14 for kids to enter the museum, $18 for adults.  The hours recently changed as well.  It's opened everyday now until September 5th.