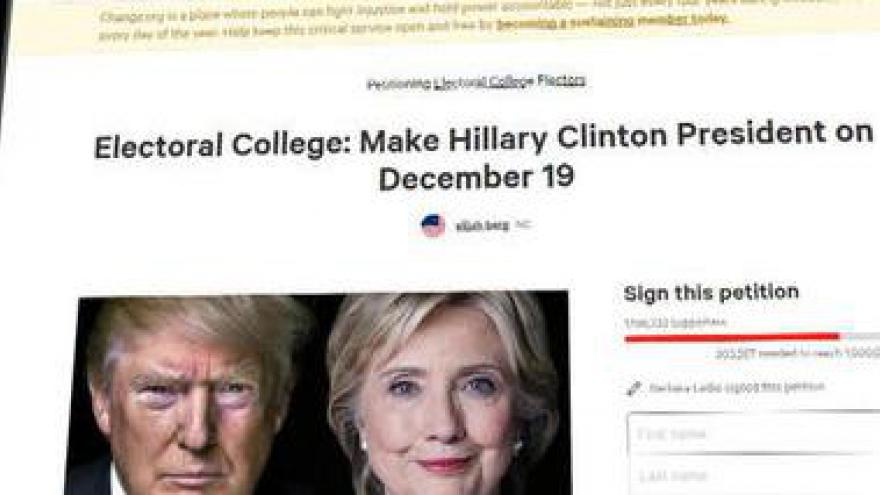 Coordinated efforts by voters and groups are lobbying electors to "vote their conscience" and reject Trump. Clinton leads in the popular vote, while Trump leads in electoral votes.

Wisconsin has ten electors. The Associated Press tried to contact all 538 nationwide and interviewed more than 330. The feeling among the electors was the same, even those who oppose a Trump presidency. They told AP they feel bound by history, duty, party loyalty or the law to make him president.

Wisconsin law says electors must vote for the candidate who won the popular vote, but there are no consequences for switching.

A CBS News poll found more Americans favor amending the Constitution to elect the U.S. president. 54 percent are in favor of the popular vote choosing the Commander-in-Chief rather than the Electoral College.