Did pictures of Homeland Security vehicles near Ferguson get man fired? 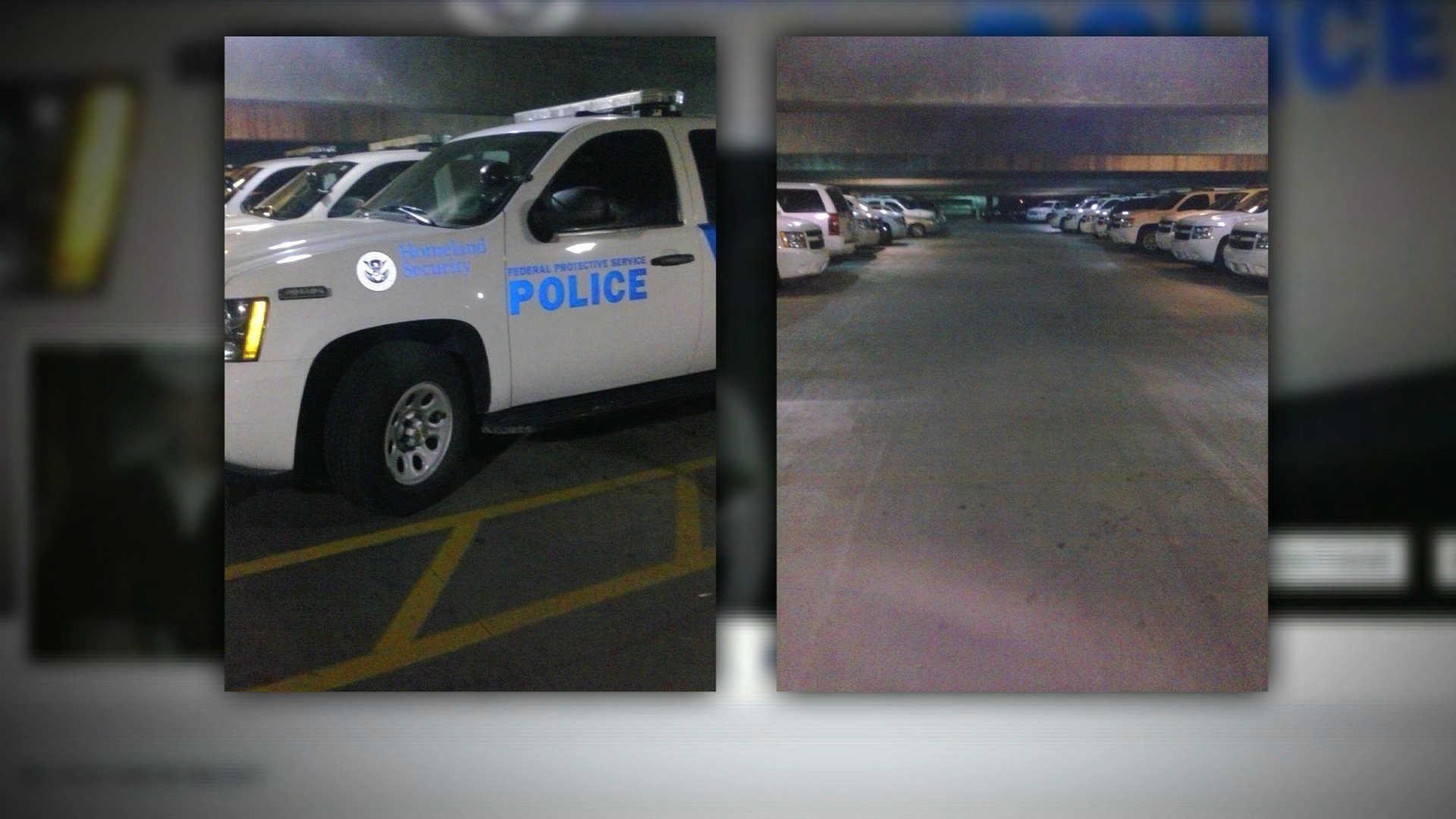 A Navy veteran in Missouri said he was fired from his job and called a terrorist for posting pictures to Facebook of Homeland Security vehicles massing near Ferguson.

Mark Paffrath, who worked for the Drury hotel chain, said he could not believe what he was hearing when he was called into his boss' office last week, a couple of days after posting the pictures, which he took in the parking lot of the hotel where he worked.

\"The head of security for Drury was in there, and he pretty much called me a terrorist, saying that I dishonorably served my country for posting those pictures and videos on Facebook,\" Paffrath said.

The pictures he took and posted on Thursday were of dozens of vehicles marked with the logos of the Department of Homeland Security and Federal Protection Services. Paffrath said the large number of federal vehicles and employees arrived last week.

\"You know, it surprised me, and I was rather shocked that they were there. So I took a short video and a picture of the vehicles. I didn't give any location out,\" he said.

The vehicles were located about a 30-minute drive from Ferguson, Missouri. That's what prompted Paffrath, who was born and raised in Ferguson, to ask this question when he posted the images:

\"Why are all these vehicles here, I wonder if it has anything to do with Ferguson? #Ferguson, #No justice, no peace.\"

On Saturday, two days after posting the photos, he said he was fired. Paffrath -- who served three years in the military, including overseas stints -- was honorably discharged and said he did not appreciate being called something so dishonorable.

The local Drury hotel where Paffrath worked said it was not authorized to comment on the case, but Joseph Pereles, a Drury Hotels' vice president, sent this statement to CNN: \"We do not publicly discuss confidential personnel matters. The safety and privacy of our guests and our team members has always been and will remain our top priority.\"

Paffrath said he is sure the influx of folks from Homeland Security must have something to do with preparations for the potential reaction to the upcoming grand jury decision in the case of Ferguson police Officer Darren Wilson, who shot and killed unarmed teenager Michael Brown in August, sparking three months of daily -- and sometimes violent -- protests.

A law enforcement source told CNN the Department of Homeland Security does have additional resources in place to protect federal buildings, but they're also there because the world's attention is on Ferguson, which could attract attackers looking to make a statement.

The arrival of extra federal authorities came just a few days before Missouri Gov. Jay Nixon announced that he had activated the National Guard and declared a state of emergency in preparation for the grand jury's decision.

St. Louis Mayor Francis Slay applauded Nixon's decision, saying tired police officers are happy to know the extra help is there. But many protestors said they are disturbed by the decision, feeling it further paints them as violent, when for more than 100 days they have held mostly peaceful protests.