Destiny of Domes in the Hands of New Task Force 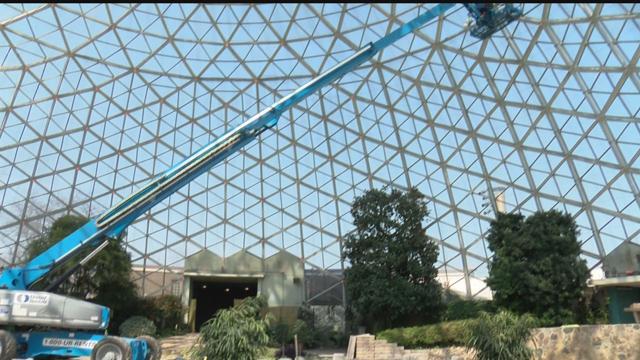 The future of the iconic Mitchell Park Domes is now in the hands of a new task force formed by the Milwaukee County Board of Supervisors. They will have their first meeting tonight to discuss what to do with the domes.

The domes have been a staple in the city since the 1930’s. They closed earlier this year after pieces of concrete became weak and began to crumble off falling to the ground. There was concern for visitor safety. They opened up one at a time this fall after the county put up a temporary solution of netting to catch any pieces of concrete.

The domes got historic preservation status and were named one of 11 most endangered places in the United States.

The county has about a million and a half dollars for repair, but it will cost about 45 million dollars for a full scale repair. Controversy came after County Executive Chris Abele suggested tearing them down and replacing them. No decision has been made.

Now the task force will gather information from expert and public input to decide what to do with the domes moving forward.