Most of southeast Wisconsin picked up a good dusting of snow Sunday night into early Monday morning. By 4 a.m. the snow was all gone but there were plenty of slick roads across the area. Officially Milwaukee picked up 0.2" of snow. Our season started off very snowy with nearly 13" of snow for a period of two weeks form the end of October into the middle of November. But since then we've really been lacking on snow with only 1" since November 12th. 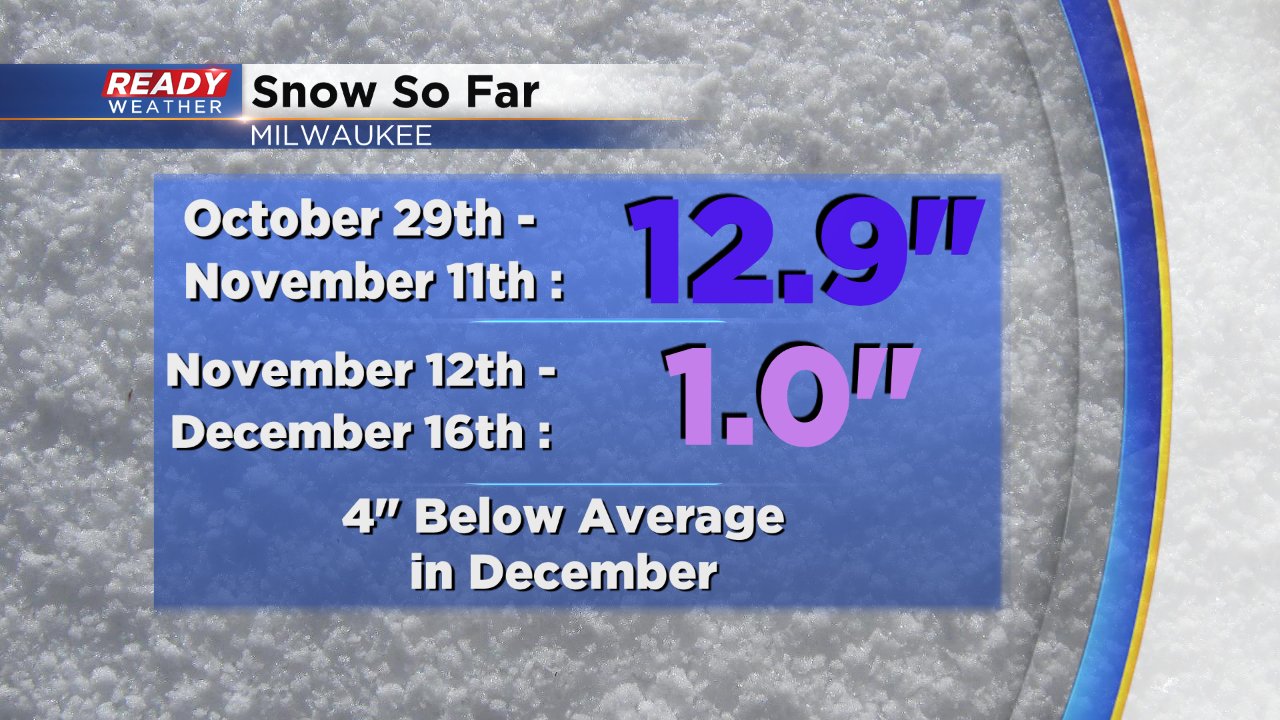 While we haven't been getting much snow here, they have been getting pummeled in the northern part of the state where many spots still have over a foot or more of snow on the ground. 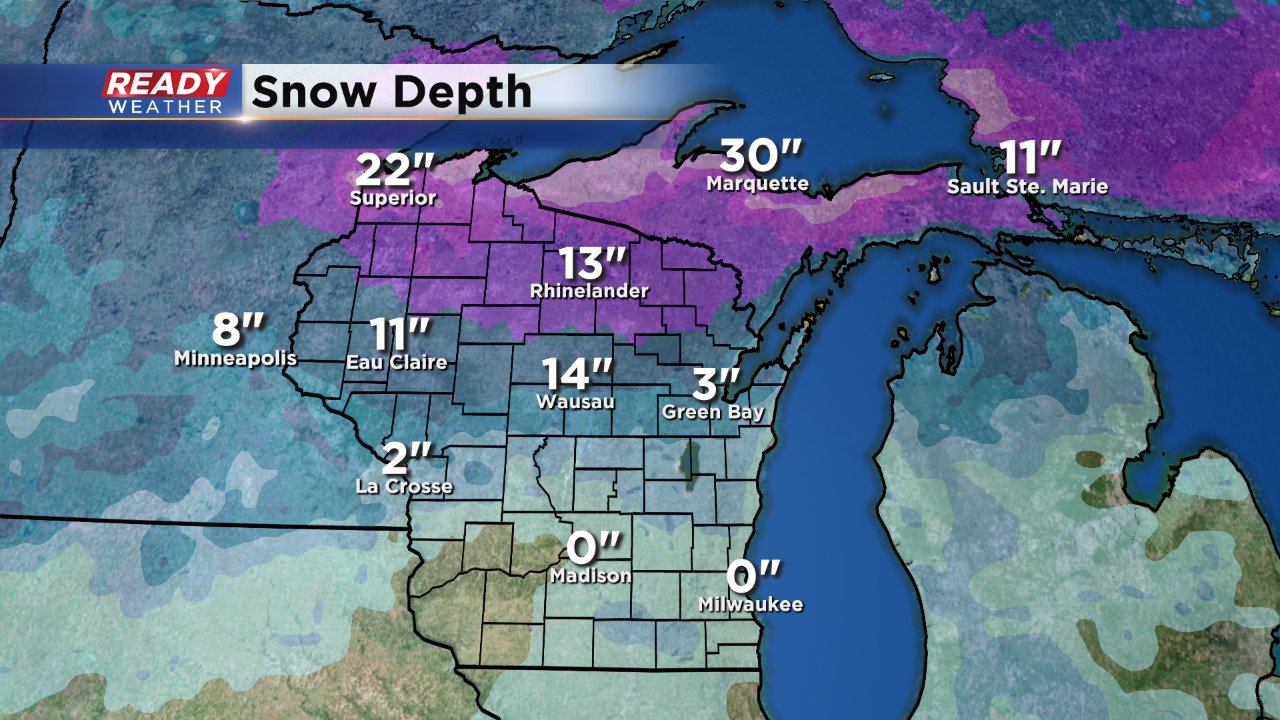 With Christmas less than 10 days away now our chance at a White Christmas looks pretty grim. Based on historical averages, the chance for at least 1" of snow on the ground in Milwaukee is 47%. That chance gets a littler better for areas north of Milwaukee and a little less for areas south. 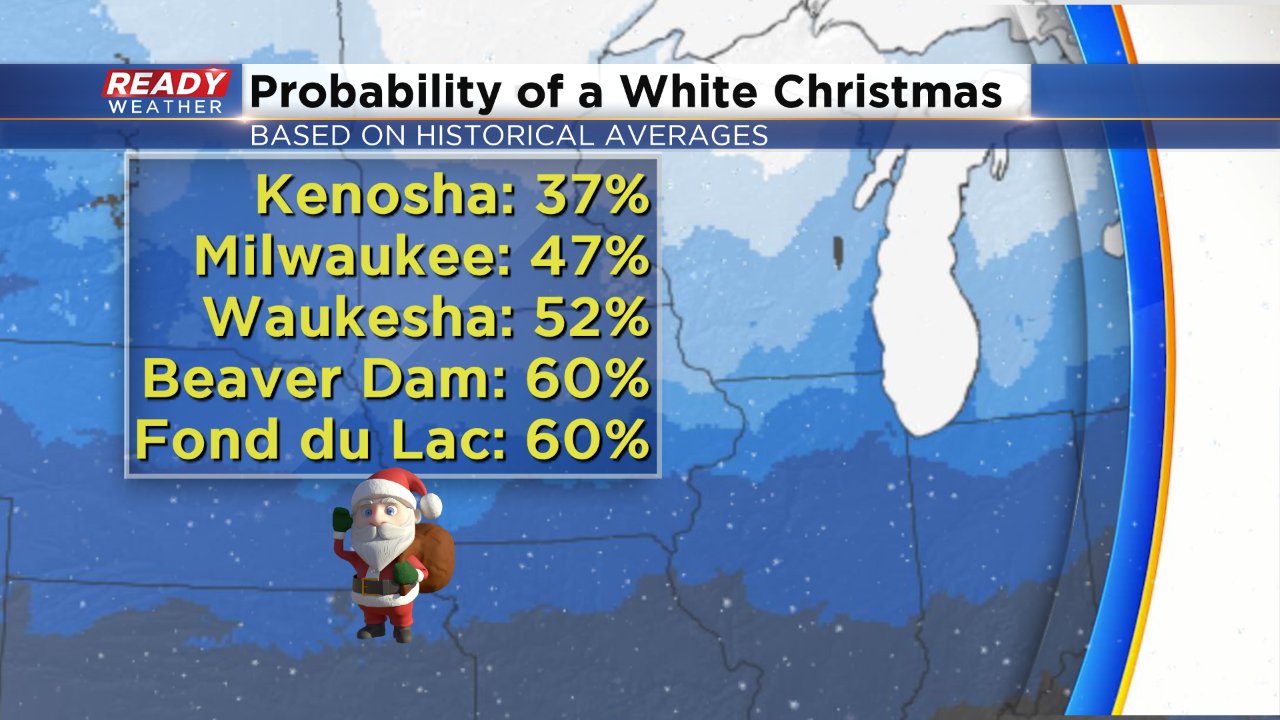 Based on the current forecast which looks very dry, I would say our chance for a White Christmas is about 20%. The snow that fell Sunday night will likely melt within a day or two and temperatures will warm close to 40° for a few days before Christmas. There is a chance for some flurries here and there but nothing to increase our chances.