Department of Health Warns Against Mosquitoes with Recent Rains 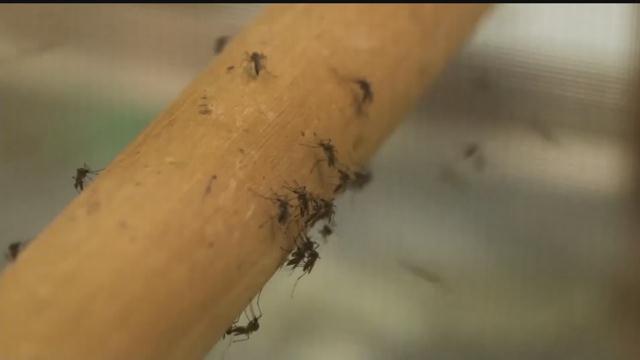 Recent heavy rain and floods in parts of Wisconsin have made conditions right for increasing the already abundant mosquito population in the state, and that in turn increases the risk for mosquito transmitted illnesses.

“No matter how much rain has fallen in your area, removing standing water from things like gutters and downspouts, tires, garbage cans, or wheelbarrows, and removing debris that can create water pools, are good steps toward controlling the mosquito population where you live,” said Karen McKeown, State Health Officer. “And, of course, using repellant, keeping screens in good repair, and wearing long sleeved shirts and long pants are ways to protect yourself against mosquitoes.”

Mosquitoes are active in Wisconsin at least until the first frost, and their bites can cause illnesses, like West Nile virus(WNV). That virus is already circulating in the state and has been confirmed in 22 of Wisconsin’s 72 counties (See 2016 Surveillance Map), including one confirmed human case and one probable human case, both resulting in hospitalizations. West Nile virus has also been confirmed in dozens of birds and several horses. Mosquitoes carrying West Nile virus have been detected in the state on 8 separate occasions so far in 2016.

While the majority of people infected with West Nile virus don’t become ill, others may experience fever, rash, headache, muscle and joint pain, swollen lymph nodes, nausea and vomiting.  In rare cases, people can become severely ill with symptoms that can include extreme muscle weakness, encephalitis (inflammation of the brain), paralysis and coma. People who are elderly or who have other medical conditions can be especially vulnerable to develop severe symptoms of the illness, which can, though rarely, lead to death.

Another mosquito-transmitted illness, Eastern equine encephalitis (EEE), was recently confirmed in 2 horses and an emu from separate areas in northern Wisconsin. EEE can also be transmitted by mosquitoes to humans. EEE has symptoms similar to West Nile virus, but is generally much more severe, and may also include neck stiffness, tremors, or confusion. Severe cases, though rare, can include brain inflammation (encephalitis), which can lead to coma, convulsions, and death. Neither EEE nor West Nile virus can be transmitted by person-to-person contact.

Other mosquito-borne viruses that can occur in Wisconsin and cause human illness include: California encephalitis, La Crosse encephalitis, Saint Louis encephalitis, and Jamestown Canyon virus. While Zika virus is also transmitted by mosquitoes, it is important to remember that the mosquitos that transmit Zika have not been found in Wisconsin, and confirmed cases of the virus in this state are all travel related.