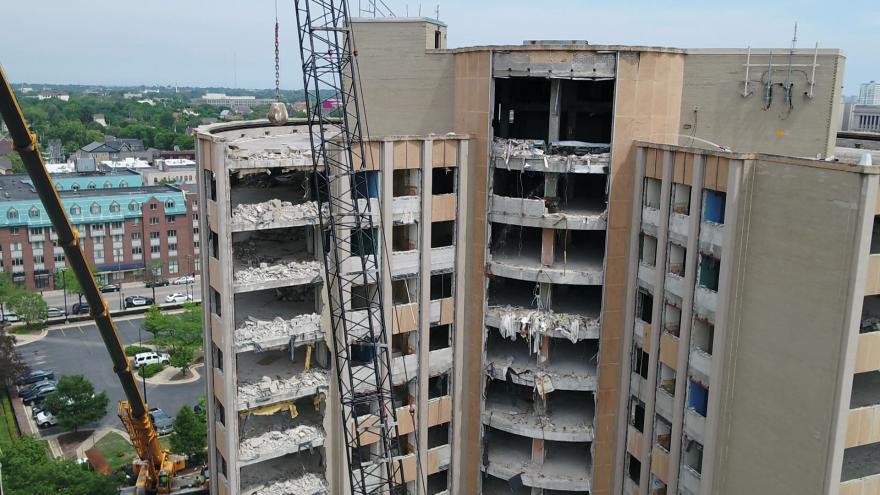 MILWAUKEE (CBS 58) -- The residence hall that generations of Marquette University's students called the "beer can building" is coming down.

Demolition on McCormick Hall near 16th and Wisconsin has been going on since May, but a wrecking ball was brought in on Monday.

The building opened in 1966 as an all-boys dorm.

Marquette replaced it with the Commons at the start of the school year last fall.

The demolition process is expected to be completed in November.