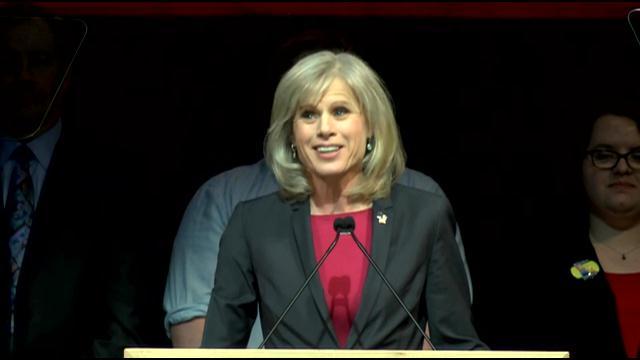 A gracious Mary Burke reminded disappointed supporters Tuesday night that Coach Vince Lombardi always said what's most important is how you get up after a loss.

The race for Governor called much earlier than many expected by 10 p.m.

The margin of victory of 7% for the incumbent Republican Scott Walker much larger than many polls had predicted.

Although sources within the Walker campaign, tell CBS 58 News that the seven point margin was something their own pollsters had been telling them for weeks.

She called the campaign an incredible journey that she made together with so many wonderful people.

\"If I've learned anything over the past 13 months, it's that this state can take a hit but never waver in getting back up.\"

Burke said that for those who worked so hard for a new direction, it was okay to be disappointed.