Delays for Pokémon GO Plus 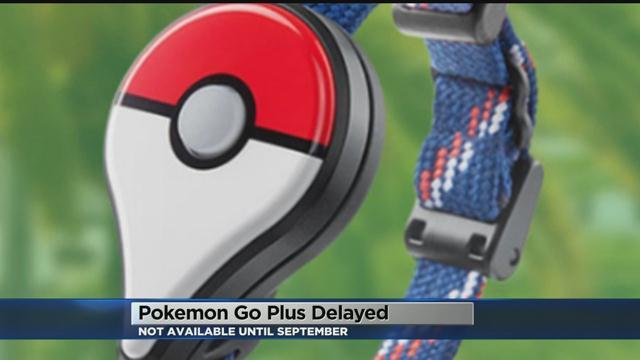 (CNNMoney) Nintendo's bad week just got worse. The Japanese video game developer said Wednesday it's delaying the release of Pokemon Go Plus, an accessory for the wildly popular smartphone game. It also posted a net loss of $233 million for the latest quarter.

On Monday, the company's shares plunged after it said that Pokemon Go will have only a "limited" effect on its bottom line.

Nintendo's share price had more than doubled following the release of the hit augmented reality game earlier this month, adding $23 billion to the company's market value. But the stock is now down around 30% from its high last week.

Pokemon Go was actually developed and distributed by a company called Niantic. Both Nintendo (NTDOF) and The Pokemon Company, one of its subsidiaries, have invested in the privately-held Niantic -- but so have other firms including Google.

The Pokemon Go Plus, a separate device that enhances the gaming experience, is another way for Nintendo could profit from the game's runaway success. But it said Wednesday the release has been pushed back from the end of this month to September.

It didn't give a reason for the delay.

The rest of the company's business isn't doing particularly well, according to its earnings statement Wednesday. Sales for the quarter ended June 30 -- before Pokemon Go's release -- slumped 31% on a year earlier, with a particularly steep decline in hardware and software for its Wii U console.

Nintendo said it was also hurt by Japan's strengthening currency, which helped push it into the red for the quarter. It went from profit of 8.3 billion yen ($79 million) a year earlier to a loss of 24.5 billion yen ($233 million).

Despite the rough quarter, the company is still sticking to its forecast for profit of 35 billion yen ($332 million) for the year ending March 31, 2017.