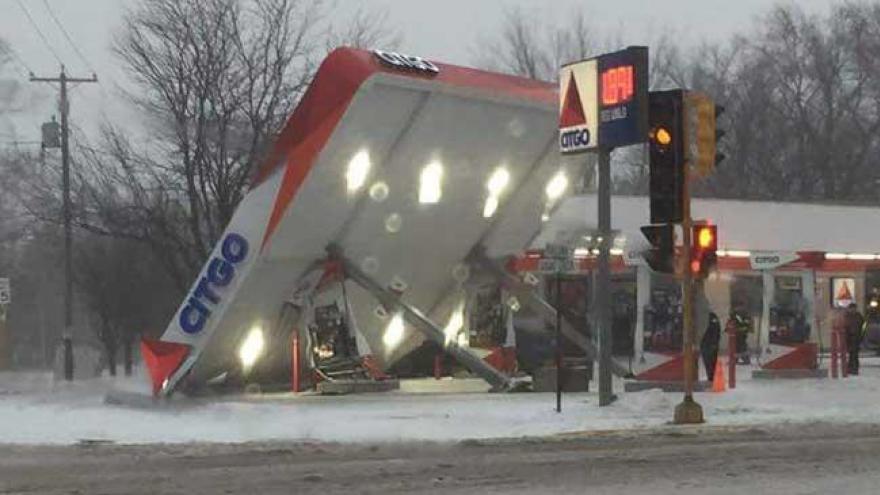 Delavan Fire Department and Police Department responded Monday to a a canopy collapse at the Citgo Gas Station at 505 Sugar Creek Road.

"total surprise," Owner Mike Fawley told CBS 58 News. "We were back in Whitewater where our main office is. We came over here as quickly as we could and it was a lot worse than I imagined."

Surveillance video capture the moment it happened around 3:30 p.m in the middle of the winter storm which brought several inches of snow and gusty winds.

It's believe the wind lifted the canopy up and pushed it over, just missing one car, but landing on top of another.

"One vehicle had substantial damage," said Chief Tim O'Neill of the Delavan Fire Dept. "No injuries to the person. The  person with  the damage vehicle   was in the store at the time. We were pretty lucky that the person out pumping had no damage to their vehicle and they weren't injured."

They worked for much of the afternoon to secure the canopy so it didn't do any more damage.

Petro technicians were also brought in to make sure there was no fuel leaking.

On Tuesday, a crane will arrive to remove the damaged canopy.