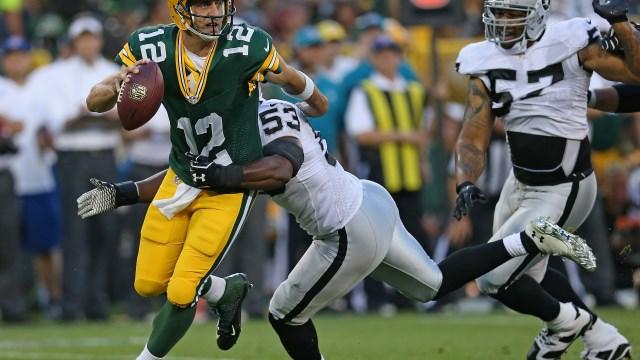 A win guaranteed the Packers (10-4) a spot in the NFL postseason for a seventh year in a row, setting a franchise record, although their place was clinched when the New York Giants lost to the Carolina Panthers in the early set of Sunday games.

Rookie cornerback Damarious Randall returned an interception 43 yards for a touchdown in the first quarter. He started in place of injured cornerback Sam Shields.

The Packers will travel to Arizona to play the Cardinals Sunday, December 27th, whom they trail for the two-seed in the NFC and a first-round bye in the playoffs.