Debris 'likely' from missing MH370 flight: So what now? 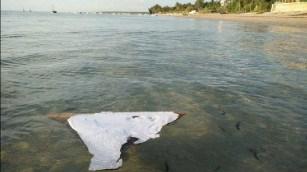 (CNN)A piece of plane debris found off the coast of Mozambique has renewed hope of solving the mystery of the missing Malaysia Airlines Flight 370.

A U.S. official said it was likely the wreckage came from MH370, while Malaysian Transport Minister Liow Tiong Lai said there was a "high possibility" the part came from a Boeing 777, the aircraft that disappeared on the doomed flight from Kuala Lumpur to Beijing. Malaysia Airlines has yet to comment.

But after so many false alarms and theories for the disappearance of the plane, family members of the victims are treating this new report with a great deal of suspicion, and even anger."Just like previous cases of suspected debris, I always think that we need to wait for various authorities to verify, confirm (what the item actually is) and to show us concrete evidence," Steve Wang, whose mother was one of the 239 passengers on board the flight told CNN.

"(The debris is) all so scattered to such a wide span of areas, it is hard to see how one piece can really help," Wang said.

Zhang Meiling, who lost three family members, had stronger words: "We don't believe in the stories of debris any more." The wreckage is a piece of horizontal stabilizer skin, the U.S. official said, the part of the aircraft's tail that keeps horizontal as the plane flies.The discovery was reported to officials Monday and Gibson handed over his find to Mozambique authorities. The piece will be sent to Australia for examination.

While it took more than a month for French investigators to confirm that debris found on Reunion Island last July was from the missing plane, Geoffrey Thomas managing director of Airline Ratings, said it should be just a few days for confirmation.

The discovery comes just days before the two year anniversary of the flight's disappearance, which took off March 8, 2014.

The two-year mark carries extra significance because it's the last day for families to file for airline compensation.

Under international treaties, families have to make a claim against the airline within two years. But for them to do that, they would have to admit their loved ones are dead, which many are unwilling to do.

"We have not picked up any compensation, we simply want our man back!" Ye Lun, whose brother-in-law was a passenger, said.