Death toll up to 14 in Monday's blast in St. Petersburg subway 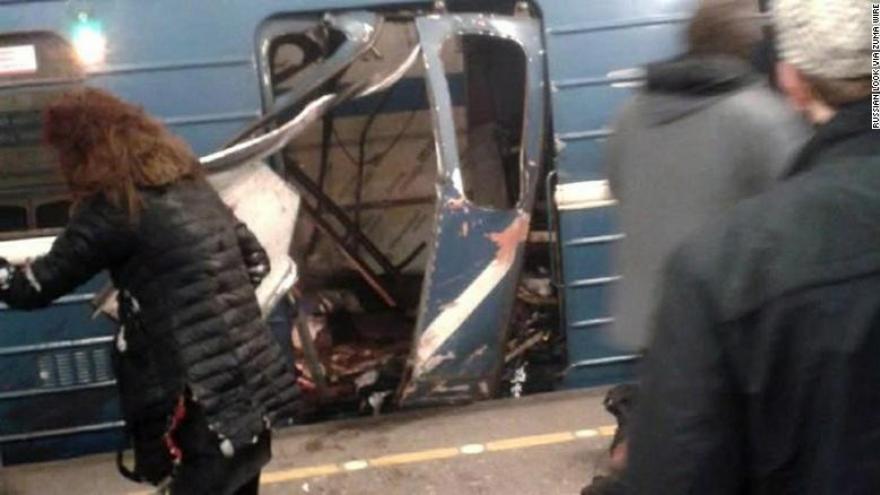 Veronika Skvortsova said in a televised briefing on Tuesday that 11 people died on the spot, one died in an ambulance and two at the hospital. Forty-nine people are still hospitalized, Skvortsova said.

An unidentified explosive device went off in a subway train under Russia's second-largest city while President Vladimir Putin was visiting the city. A second bomb was found and deactivated. There was no immediate claim of responsibility.

The intelligence agency in the former Soviet republic of Kyrgyzstan says the man behind Monday's deadly bombing on the St. Petersburg subway is a Kyrgyz-born Russian citizen.

A bomb blast tore through a subway train under Russia's second-largest city on Monday, killing 11 people and wounding more than 40. There was no immediate claim of responsibility for the attack, which came while President Vladimir Putin was visiting the city, his hometown.

Kyrgyzstan's State Committee for National Security said in a statement on Tuesday that the man behind the bombing is a Kyrgyz-born Russian national. The intelligence agency said it is cooperating with Russian authorities to help the investigation.