DEA reprimands agents after student forgotten in cell for 5 days 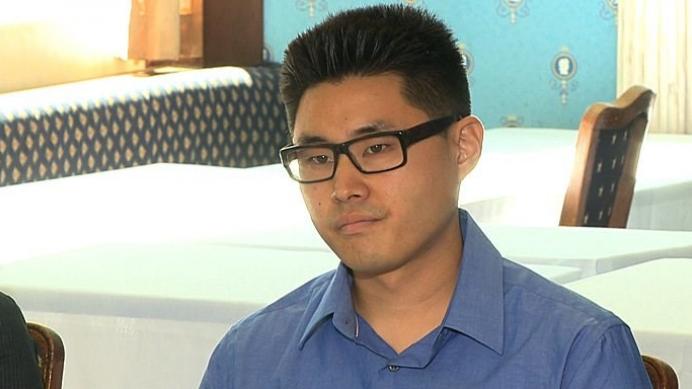 The U.S. Drug Enforcement Agency has punished agents responsible for keeping a San Diego college student handcuffed and in a cell for five days without food or water.

Six agents were given a letter of reprimand, DEA spokeswoman Amy Roderick said. Of those, one was suspended for five days, while another was given a seven-day suspension for failing to supervise, she said.

The punishments stem from the 2012 arrest of Daniel Chong, then 23.

The fifth-year engineering student at the University of California, San Diego, was detained on the morning of April 21, when DEA agents raided a house they suspected was being used to distribute MDMA, commonly known as ecstasy.

A multi-agency narcotics task force including state agents detained nine people and seized about 18,000 MDMA pills, marijuana, prescription medications, hallucinogenic mushrooms, several guns and thousands of rounds of ammunition from the house, the DEA said then.

Chong admitted going to the house \"to get high with his friends,\" the DEA said. He later told a San Diego TV station that he knew nothing about the other drugs and guns. He was never formally arrested or charged.

Chong drank his own urine to survive as his cries for help were ignored by federal agents. According to his lawyer, he contorted himself to shift his handcuffed arms from behind his back to the front. This allowed him to use his eyeglasses to scratch a message to his family on his arm: \"Sorry mom.\"

After he was released, Chong was rushed to a hospital, where he was kept in intensive care for two days, having been close to death from kidney failure, his lawyer, Gene Iredale, has said. Chong won a $4.1 million settlement from the government.

\"What happened to Mr. Chong is unacceptable,\" Peter Kadzik, an assistant attorney general, wrote in a letter to Sen. Charles Grassley of Iowa last week. Grassley, who released the letter, has been vocal about Chong's detention.

\"While DEA leadership took immediate steps following the incident to implement protocols and procedures with regard to monitoring holding cells and detainees, given the significant misconduct at issue, the department has serious concerns about the adequacy of the discipline that DEA imposed on these employees,\" Kadzik wrote.

Obama administration officials long ago soured on Leonhart, a career DEA agent who broke ground at the agency when she rose into leadership as the first woman to head a field office.

In recent years, she has angered the administration for appearing to resist federal rules relaxing enforcement on marijuana as states have moved to legalize the drug for medicinal and recreational use.

More recently, she came under fire for her poor performance in a congressional hearing on an inspector general report that found instances of DEA agents having sex parties in Colombia with prostitutes paid for by drug cartels.

The report cited light punishments for the agents and Leonhart seemed at a loss about what she could do about it.