Day Without Latinos March in Milwaukee 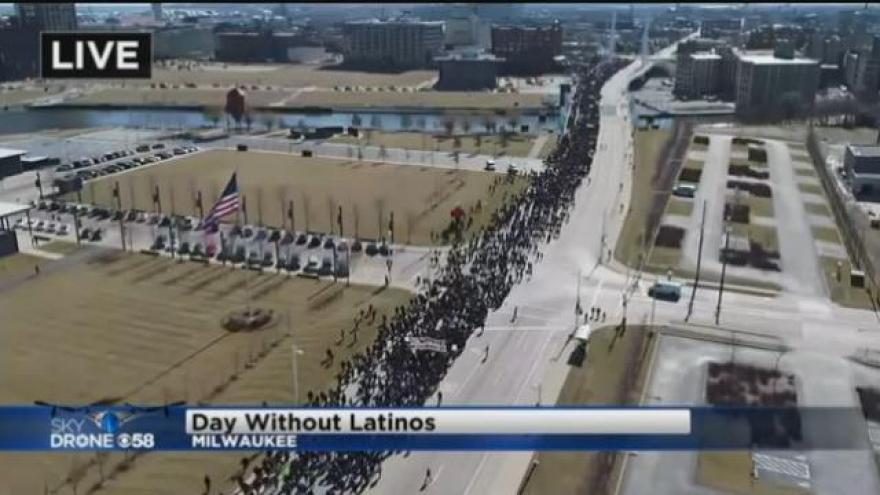 Thousands are marching in Milwaukee from Voces de la Frontera headquarters in Walker's Point to downtown Milwaukee for Day Without Latinos, Immigrants and Refugees.

Local organizers have asked that as many immigrants as possible take part with a direct message they want to deliver to Milwaukee County Sheriff David Clarke. Hundreds of immigrants from across the state are taking off from work and school to participate in the event.

The march is also part of the bigger debate on the immigration policies of President Trump.

Milwaukee Police say they have been deployed to both protect free speech rights and keep traffic moving in the city.

Protesters were urged by law enforcement to stay away from parks because they're under control of sheriff Clarke.

Milwaukee County Executive Chris Abele said he's never seen a crowd like this before in Milwaukee.

Incredible energy at the #daywithoutlatinos march in Milwaukee. I've never seen a crowd like this here before.

We know here in MKE that immigrants make our communities stronger & are a big part of why our country is already great. #daywithoutlatinos