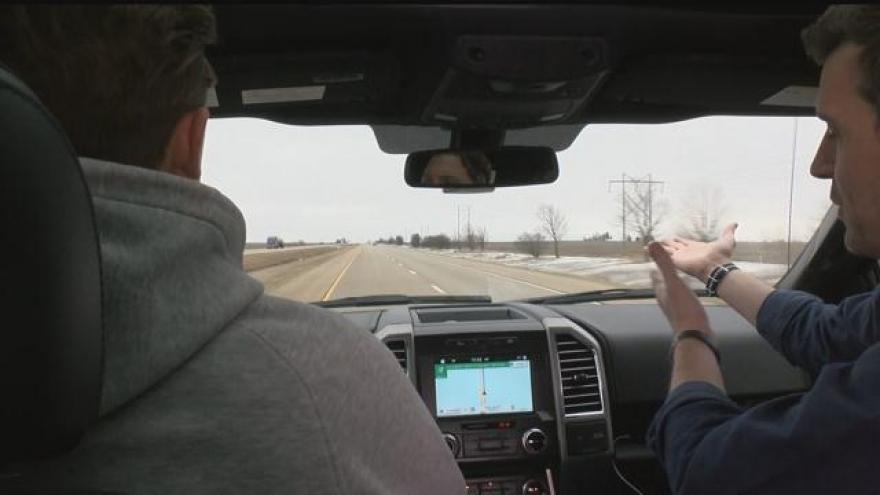 The CBS 58 big Road Trip crew has now traveled over 800 miles with three states down – but still five to go. Wednesday’s travels took us across the width of Missouri traveling from the Mississippi River to the Missouri River.

The first stop of the day was in Boonville, Missouri – the home of infamous CBS 58 anchor Marshanna Hester! A quick stop because we were right back on the road on the way to the loudest stadium in the world – Arrowhead Stadium and the home of the Kansas City Chiefs.

Chiefs’ team historian Bob Moore was an encyclopedia of knowledge on football and especially the start of the American Football League (later the AFC) and the Chiefs. Some consider the Chiefs the Packers of the AFL (AFC) due to their long and storied history. After Bob was done talking Chiefs history he left giving us unsupervised access of Arrowhead (a very cool stadium to explore).

From Arrowhead it was a 15 minutes drive to downtown Kansas City. As someone who has never been to Kansas City before, I was very impressed. Seems a little larger than Milwaukee with a vibrant downtown and good scenic and cultural areas (Bill says it reminds him of a small Austin, TX).

After asking a number of locals for their best BBQ recommendations it was off to Gates Bar.B.Q (which also came highly recommended by Missouri native Marshanna). We each got a bbq platter which included ham, ribs and brisket. Delicious and very filling! When you walked in the air was smokey from the bbq and the sauce had a nice sweet, smokey, tangy taste to it. Definitely yummy, but we wish we had a few days to explore the other places locals recommended.

Although we didn’t actually get to explore it, we did our live shots for the 9 and 10 news at the World War I Museum which had a huge memorial. Seemed like a very cool spot, wish we had more time.

So, what’s next? We spend some time in Kansas Thursday mostly focusing on possibly the most missed man in Wisconsin – Jordy Nelson. We will stop by Kansas State, Jordy’s alma mater, and tour the locker room he donated to and then we also have a very cool interview set up with a member of the Nelson family who we hope will give us some good insight into Jordy’s recovery and his life as a child.