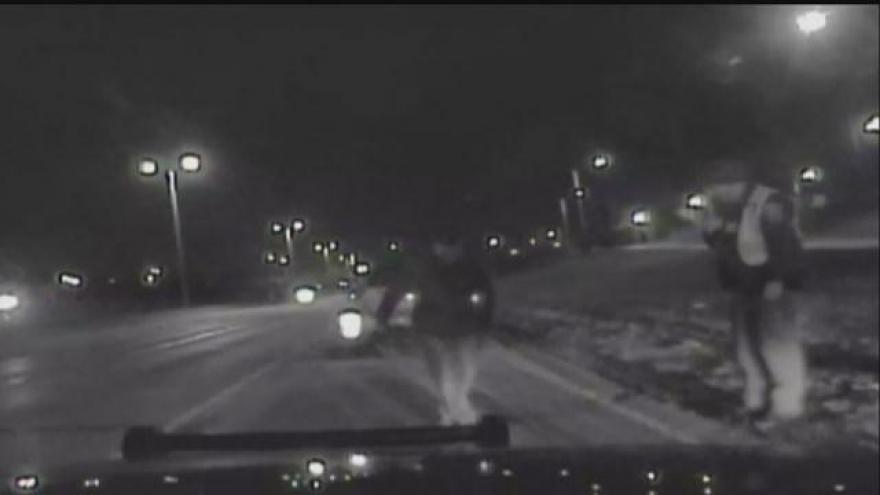 Milwaukee police officer Anthony Rivera stopped his car on the side of I-43 near Locust Street early Sunday morning for a flat tire.

A Milwaukee County sheriff's deputy asked how much Rivera had to drink. He was off-duty at the time.

"I had one margarita, one beer and probably one shot," he said.

"And you stopped at about 10?" the deputy said.

"That's what you told me previously," said the deputy.

Conflicting stories and the smell of alcohol led the deputy to do a series of field sobriety tests.

The first was the eye test. Rivera was asked to follow the tip of a pen with his eyes.

Next, was the walk and turn test, a series of nine heel-to-toe steps on a straight line, turn around to the left, then nine steps back. Each must be counted out loud.

Rivera is ordered not to stop once he starts.

"You may begin," said the deputy.

Rivera slowly makes it to nine in one direction, but in the other, he loses his balance. He's then asked to hold one foot off the ground and count.

The deputy acknowledged that Rivera uses arm for balance and puts his foot down.

After a breathalyzer test, the 43-year-old said he knows the legal limit is .08, but Rivera tests at .103. He's put in the back of the squad and taken to jail.

The department told CBS 58 that it will do an internal investigation and officers are disciplined once its over. The standard is a 30-day suspension without pay, which is an $8,500 loss in salary.