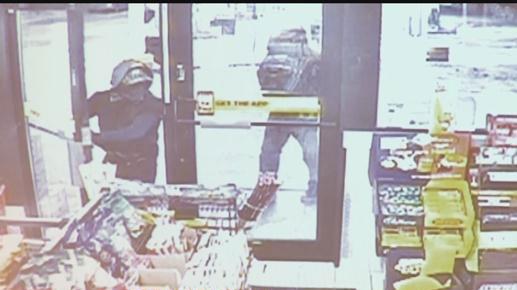 Darrin Malone was sentenced for the shooting death of 65-year-old Saeed Sharwani, who was killed in a gas station robbery.

On Thursday, the judge sentenced Malone to 35 years, the first 25 are in confinement.

Malone was one of two men who robbed the Waukesha Citgo and shot the gas station clerk.

This shooting happened back in January of last year when the clerk, Saeed Sharwani, was counting money to close up for the evening.

District Attorney said Malone had two prior weapon convictions including an armed robbery, saying he's a risk to the public, and has a trend of violent behavior.

His accomplice Kenneth Thomas was also part of the crime and testified against Malone.

District attorney argued Malone was the mastermind, but his attorney says that's speculation since Thomas was the person who pulled the trigger.

Malone asked for mercy in court, but the judge ruled that no one showed the victim any mercy.

A father's concealed weapon went off when he was play-wrestling with his toddler, police say. Both were shot in the head