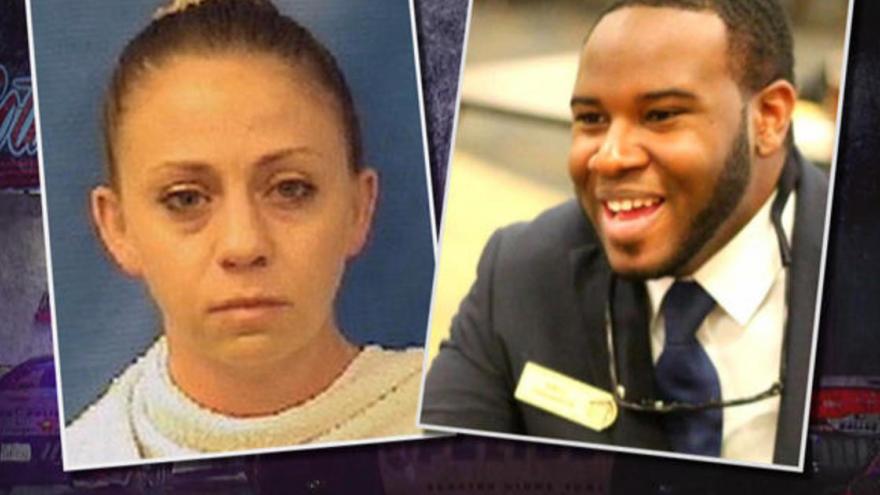 A white police officer who shot and killed her black neighbor in his apartment was fired by the Dallas Police Department on Monday. Dallas Police Chief U. Renee Hall fired Amber Guyger after an internal investigation determined the former officer "engaged in adverse conduct" when she was arrested on manslaughter charges, according to a news release.

Earlier this month, Guyger, a 4-year veteran of the force, was arrested in the fatal shooting of 26-year-old Botham Jean. She told investigators she confused his apartment for her own and fired two shots when he ignored her verbal commands, according to an arrest affidavit. Some neighbors gave conflicting accounts of what they heard. Jean later died at a local hospital after suffering a single gunshot wound to the torso.

Lee Merritt, a lawyer for the Jean family, said they were told about Hall's plans to fire Guyger on Sunday. His office said Hall explained that a premature suspension could have compromised the criminal case against Guyger.

"The Jean family expressed satisfaction in this explanation and in Guyger's termination. We see it as an initial victory — well received on the day Botham Jean is laid to rest in his native country in St. Lucia," Merritt's office said in a statement, adding that they are committed to see a "proper murder indictment, conviction and appropriate sentencing."

In a statement, Dallas Mayor Mike Rawlings said he agrees with the department's decision to fire Guyger. "The swift termination of any officer who engages in misconduct that leads to the loss of innocent life is essential if the Dallas Police Department is to gain and maintain the public trust."