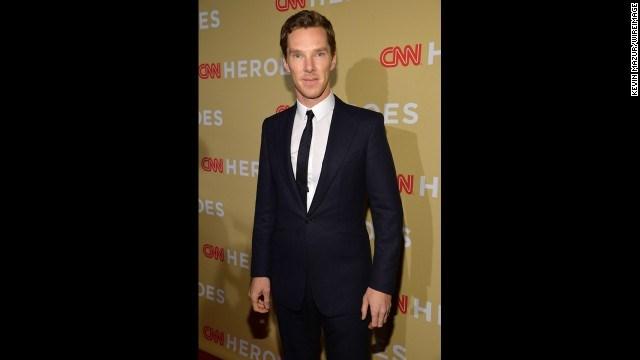 Benedict Cumberbatch has had quite a year, with the upcoming movies \"The Imitation Game\" and \"The Hobbit: The Battle of Five Armies,\" plus the new season of TV's \"Sherlock.\" Now it's confirmed that he is taking on another high-profile role, that of Marvel Comics' Doctor Strange, in the movie of the same name, set for release on November 4, 2016.

The role had been rumored to be his for several weeks, and Marvel announced it officially on Thursday.

Doctor Strange, the former neurosurgeon who rises to become the Sorcerer Supreme and protect the planet from magical threats, was created in 1963.

Scott Derrickson is set to direct.

\"In 2016, Benedict will show audiences what makes Doctor Strange such a unique and compelling character.\"

Not to be outdone, Ryan Reynolds made it official mere hours earlier that he was playing another comic book character.

With a simple tweet, Reynolds let it be known that he was ready to reprise the role of Deadpool in a solo film (he is a Marvel character, but this time for 20th Century Fox).

Reynolds originally played the irreverent assassin -- known for his affinity for tacos -- in the 2009 movie \"X-Men Origins: Wolverine.\"

Over on Netflix, there was even more Marvel movie casting news.

Deadline reported that Krysten Ritter, from the short-lived but much beloved \"Don't Trust the B---- in Apt. 23,\" as well as \"Veronica Mars\" -- would be taking the title role on the Netflix series \"Jessica Jones.\"

That show will be about a retired superhero-turned-detective, based on the comic book \"Alias.\"

Deadline also dropped the news that Mike Colter was most likely to play \"Luke Cage,\" Jessica's love interest, in yet another Marvel series.

It all makes one wonder who isn't up for a role based on a comic book character these days.