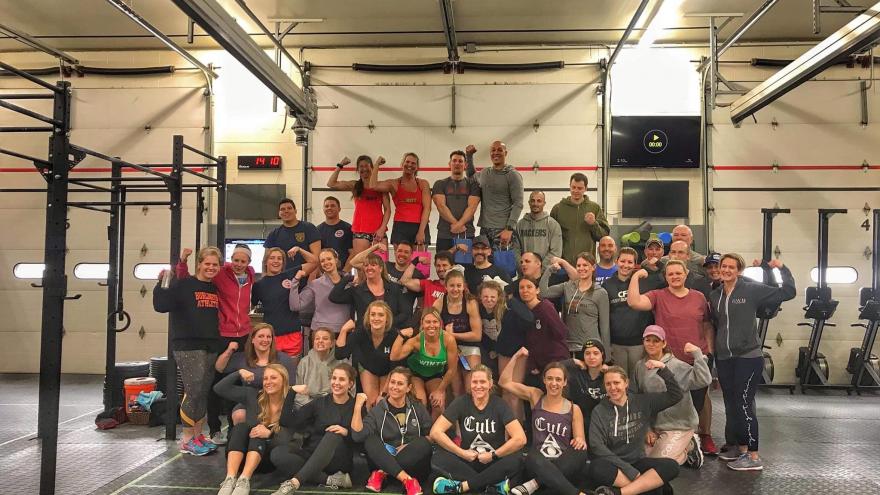 WISCONSIN (CBS 58) -- CrossFit gym owners from around the state are banding together and trying to get their businesses to be deemed "essential" by the state.

"CrossFit first and foremost is community," said Kristina Baxter, who owns CrossFit Repentance in Waterford with her husband, Joel.
"We've lost members, but we've also retained a lot of members because they want a gym to come back to."

A group of CrossFit affiliates in Wisconsin crafted a petition and best practice guidelines that they have sent to lawmakers and state agencies. They have even had business owners in other states reach out asking to adopt the petition for their own states.

CrossFit gyms, like many other small businesses, are taking a hit while they remain closed.

"We've had to be so creative to keep our business going. We have a lot invested in that: not just money but also friendships," Joel Baxter said.

But their rationale for wanting to be considered essential businesses stems far beyond that. They say they keep people healthy at a time when health is arguably the most important thing.

"The comorbidities of the virus that are threatening so many people right now -- those are like the primary things that are addressed through the type of training that we do," said Matt DiMarco of CrossFit Manitowoc.

Baxter said many of her gym's members are frontline workers, including nurses, firefighters and police officers.

They also argue that small gyms, yoga studios and other gyms with small class sizes can control environments in a way that grocery stores or larger gyms can't.

If they were able to reopen, they said they would implement increased social distancing measures, such as larger spacing in between members, checking members' temperatures and not allowing any shared equipment.

"A hardware store, for example, can't control the volume or the amount of people that are coming inside of a store at any given moment. Our abilities as affiliates and gym owners and private coaching facilities is that we have that control," said Tyler Sullivan of Badger CrossFit in Wauwatosa.

The CrossFit gym owners recognize that they're not the only local businesses suffering. They've been offering virtual classes and loaning out or giving away equipment trying to help their members stay on the bandwagon.

Business owners can request that their businesses be deemed essential on the Wisconsin Economic Development Corp.'s website.

CBS 58 contacted WEDC and Gov. Tony Evers' office for comment about their petition but have not heard back.