WAUKESHA COUNTY, Wis. (CBS 58) -- A crash involving a Waukesha County sheriff's deputy may have been caused by a drunk driver.

The deputy was in their squad car monitoring traffic from the median when they were hit by a car Friday morning. That caused a chain reaction crash involving two other cars.

Investigators now say a woman named Jamie Robinson caused the initial crash. She was arrested on suspicion of OWI.

The deputy and other person were taken to a hospital and are expected to be alright.

WAUKESHA COUNTY, Wis. (CBS 58) -- One person was arrested after a Waukesha County Sheriff's deputy was hurt in a crash on I-94 on Friday, Jan. 17. Authorities say the striking driver was operating while impaired.

Cellphone video sent to us by a CBS 58 viewer captured the aftermath of the crash. The video shows a Waukesha County Sheriff's Office squad and a red car crashed into the median.

The squad was totaled.

According to the Waukesha County Sheriff's Office, a deputy was monitoring traffic just before 10 a.m., when the red car struck her marked squad. That caused a multiple-vehicle crash leading to several lanes being shut down on I-94 eastbound.

Officials tell us one person was taken into custody for OWI.

It's not clear if the driver was impaired by alcohol or drugs.

"It's a message to all drivers that they need to remain vigilant when driving a vehicle. It doesn't matter what time of day it is that these kind of crashes occur Impaired driving is not just submitted to a select moment of time. It happens all the time, all days and hours," Said Lt. Michael Anderson, Waukesha County Sheriff's Office.

The injured deputy and the driver of the red vehicle were taken to the hospital for treatment of their injuries.

WAUKESHA COUNTY, Wis. (CBS 58) -- One person is in custody following a crash on I-94 involving a Waukesha County Sheriff's Office squad. It happened on Friday, Jan. 17 around 9:50 a.m.

Officials say the deputy's fully-marked squad was in the median on I-94, west of the Milwaukee County line in Brookfield, when they were struck by a driver.

The crash involved multiple vehicles. The deputy and driver of the striking vehicle were transported to a local hospital for treatment. 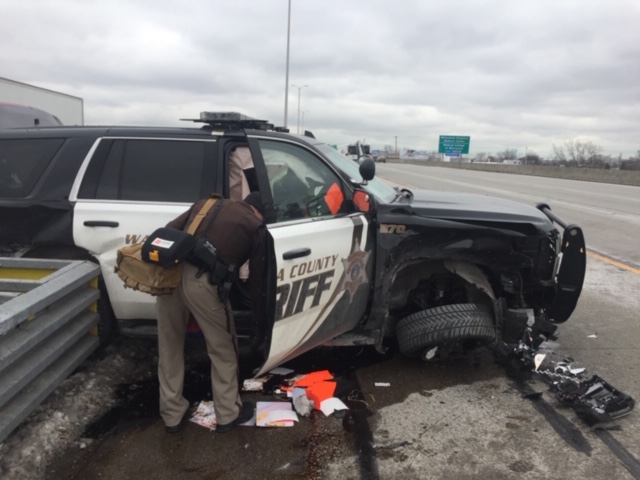 The Milwaukee County Sheriff's Office took one person into custody for operating while impaired causing injury.

"Our thoughts and prayers go out to our Deputy as well as the other occupant injured in the crash. We would like to thank the public for their patience during the road closures of I-94," the Waukesha County Sheriff's Office said in a release. 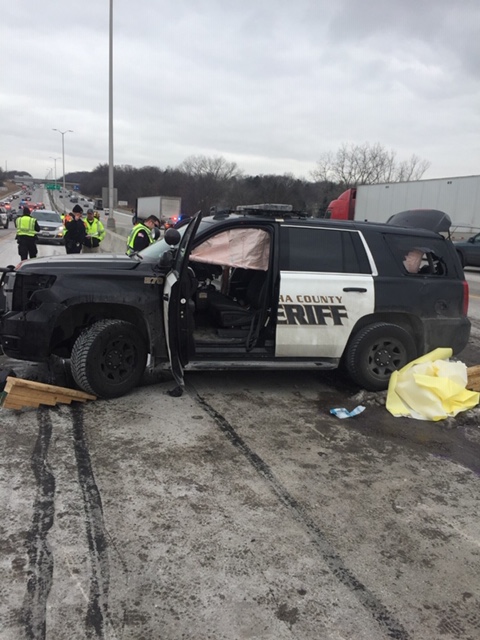 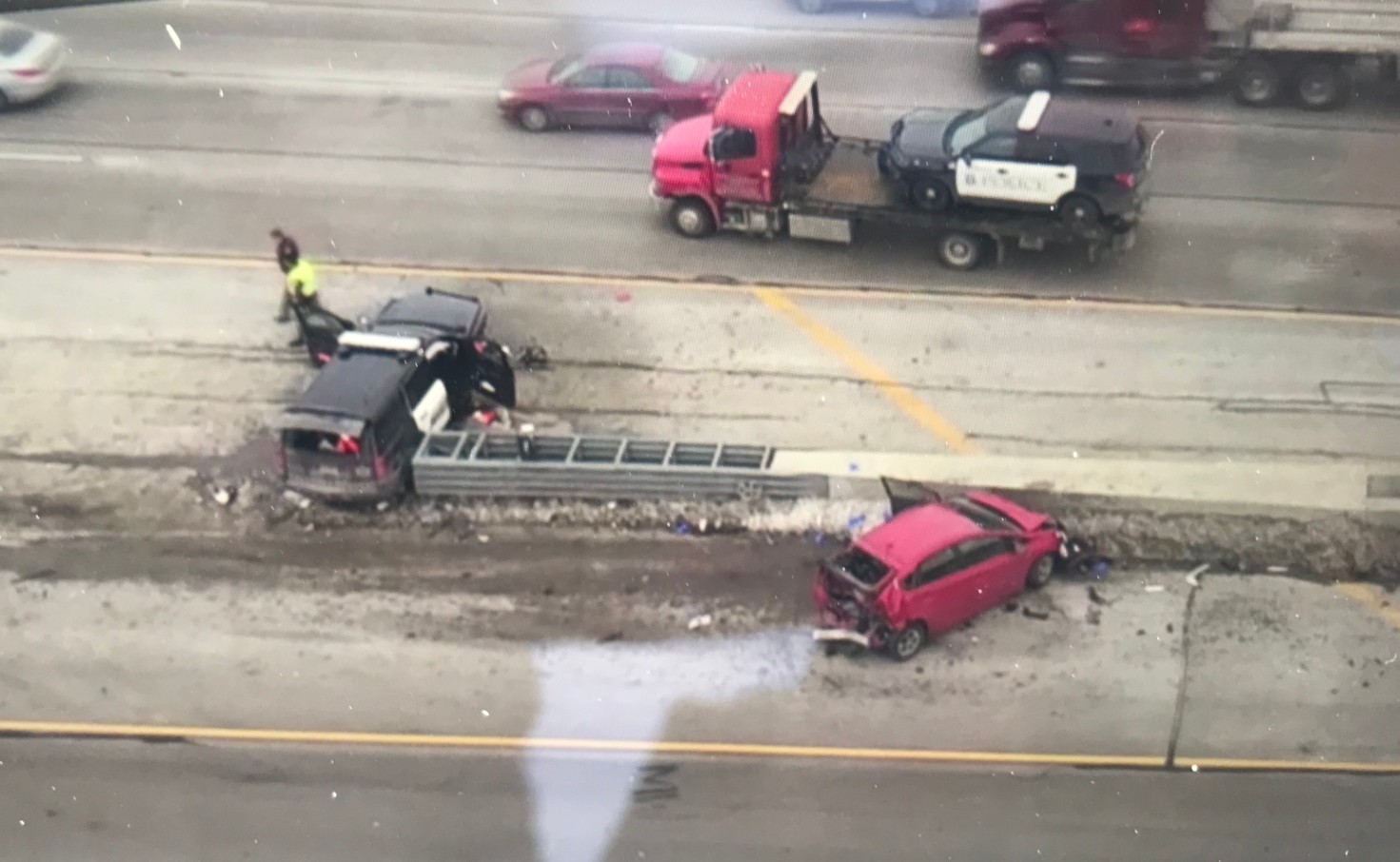 There is an accident involving a squad on I-94 & Elm Grove Road.

All EB lanes are closed.

At least 2 WB lanes are closed.

Traffic has come to a halt after a crash involving a Waukesha County squad car. Multiple lanes are blocked on I-94 EB. Working to find out details and condition of deputy. @CBS58pic.twitter.com/pw1wCwRMMO 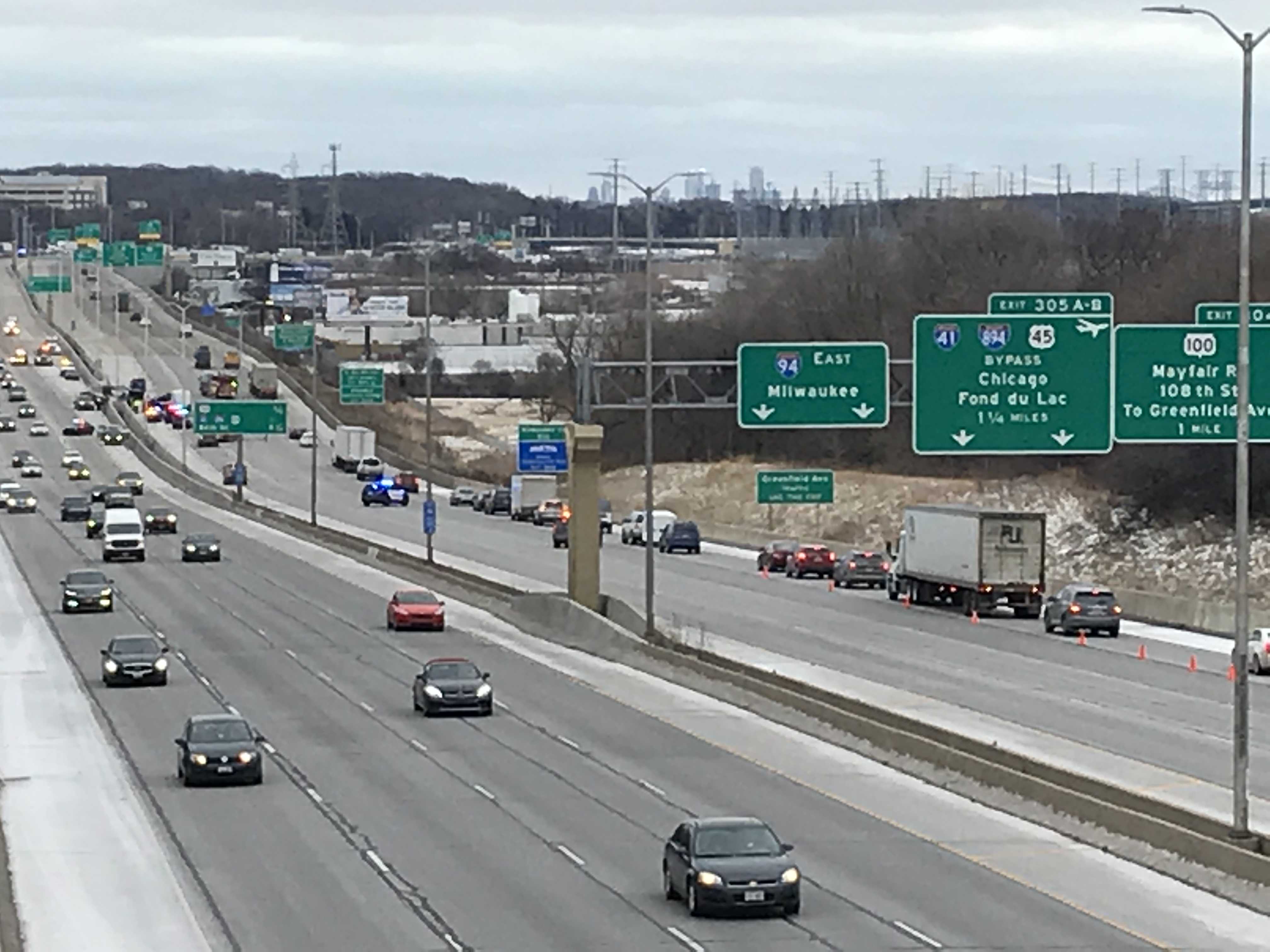