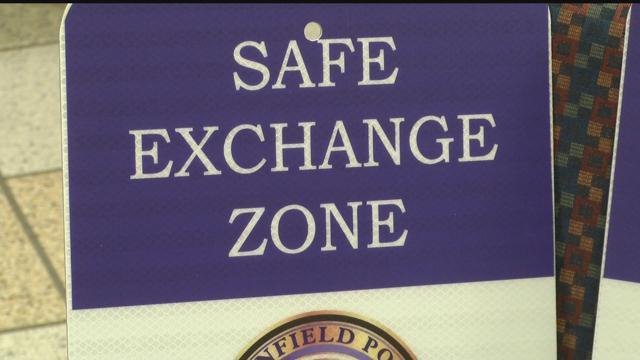 A man was trying to sell his car on Craigslist when Milwaukee police say a woman who said she wanted to buy it  ended up threatening him and stealing the car. But this problem goes beyond the city limits.

It's the second time this has happened: Whitefish Bay Police tell us less than ten days before the Milwaukee incident a nearly identical situation occurred there and its got people that use Craiglist taking extra steps to protect themselves.

"The police station is right here. When I'm parked here, the cops are parked right by me and always coming in and out, so it feels like a safe zone," said Leandro Chico.

Chico is selling his truck on Craigslist. We found him and potential buyer Lynn at the Greenfield police station.

"They're just right there. The idea of going to someone's house can be scary. You never know whats going to happen or who is going to be there," said Lynn Evers.

Neither one wants to take chances after two car sales gone wrong in the Milwaukee area.

Police say a 24 year old man who had his car for sale on Craigslist set up a test drive with a potential buyer Monday afternoon on this quiet Bay View street.

When he got out of the car, the woman implied she had a gun and drove off while he tried to jump back in the car. And ten days before, a nearly identical situation happened in Whitefish Bay.

Neighbors tell us they don't think either person lived in the neighborhood.

"I don't think the perps would have shown up if it was at a police station. They wanna go somewhere they can get away with it," said neighbor Terry Sharon.

Which is exactly why police stations like Greenfield are setting up safe exchange zones.

"We have 24 hour surveillance and there's always people here, we have at least those avenues to pursue as far as follow up if someone were to provide fake info," said Sgt. Matt Borchardt.

And suggest if you sell items online to always be on your guard.

"If it involves a large sum of money, make sure that you gather some info from the other person," he said.

And though a sale didn't happen for Leandro and Lynn, they're thankful to be driving away safely.

Both cars in these cases are still missing. Neither police department would confirm that the cases are related, but they did say, both are still under investigation.