Cracking Down on Reckless Driving 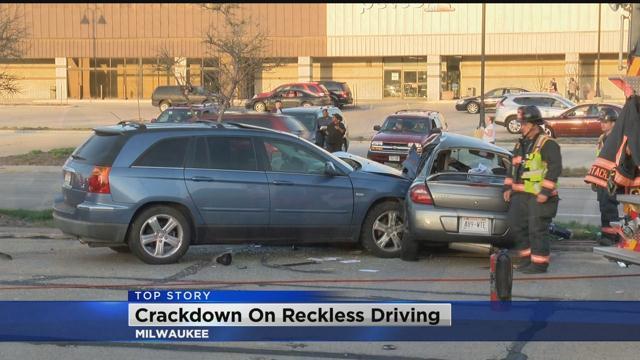 Both city officials and residents came to this meeting and spoke passionately about their traffic safety concerns and possible solutions.

Some aldermen and residents pointed fingers at the Milwaukee Police Department for lack of traffic enforcement and subsequent safety issues.

One resident spoke to the committee after doing years of his own research.

He said reckless driving in Milwaukee is not just costing people loves, but it's costing the taxpayers a ridiculous amount of money because of infrastructure damage.

That resident cited a report which stated that from the years 2010 to 2014, there were a combined 922 major injuries and deaths in the city of Milwaukee due to traffic safety problems.

He said that should be enough to get the city to come together and solve this problem.

"How can people sit and read this report at City Hall, sheriffs Dept, MPD, everybody who is involved. How could you not look at that report and be astounded,” Steve O'Connell/Milwaukee resident said.

During the discussion, an inspector from the Milwaukee Police Department was questioned at length about how police will work to solve this problem.

That officer said the department is using data and grant money to deploy areas where they see high levels of crime intersect with traffic problems.

Those at this meeting today hope that will be enough to prevent further death and injury due to reckless driving.