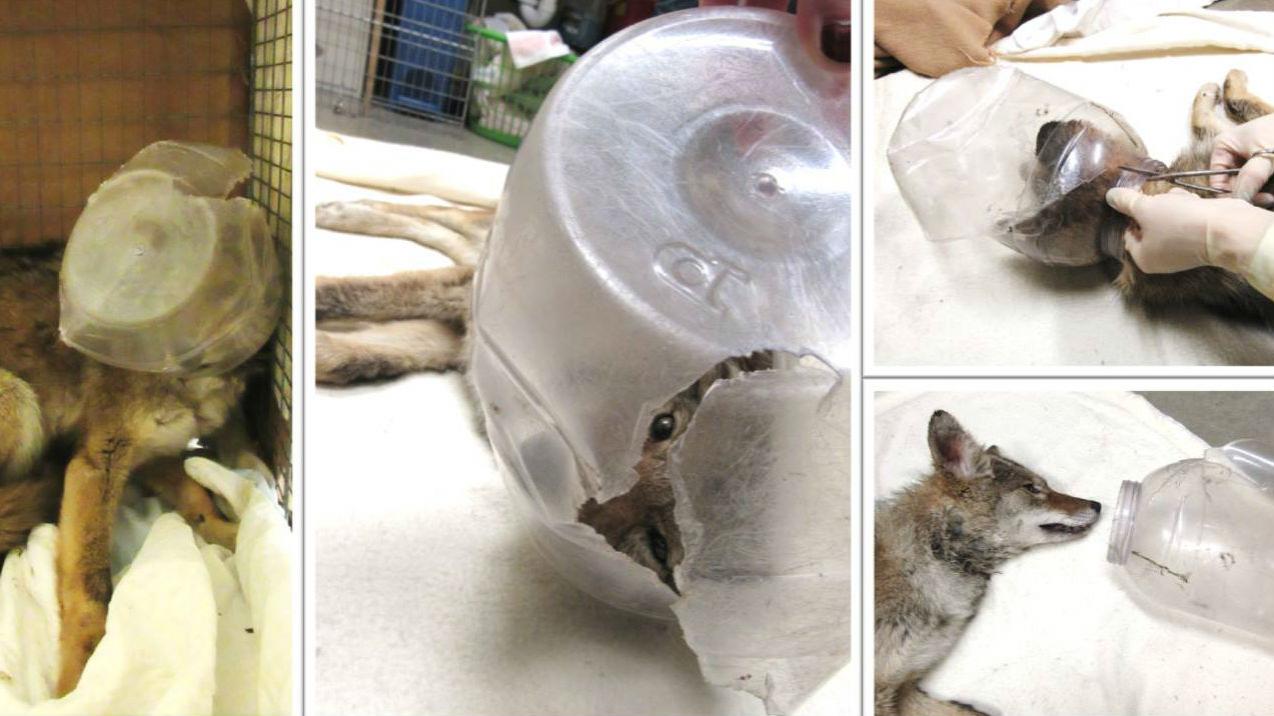 For about one week residents of a Hartland area neighborhood have been closely watching a Coyote that has been running around with a large plastic container stuck on its head. According a post on the Facebook Page for the Wildlife in Need Center in Oconomowoc, their staff along with the staff at the Humane Animal Welfare Society had gone out several times to attempt a rescue.

Thursday morning the Coyote got himself caught under the deck of one of the residents and she was able to put up a board to block him in. A snare pole was used to safely contain the Coyote and bring it back to the Wildlife in Need Center.

Since officials knew the coyote was stuck for at least one week, they wanted to do a full exam and make sure he was okay.

Once staff sedated the Coyote they were able to safely remove the plastic container. Thankfully the container had a large crack allowing better oxygen flow and the potential for water or snow to get in and somewhat hydrate the coyote, keeping him alive.

After a full exam, the staff determined that the coyote was dehydrated and underweight. The coyote will spend a few days with at the center putting on weight and rehydrating but the staff is hopeful that it will not be a long stay for him.