Cows are Missing in Washington County after Drunk Driving Accident 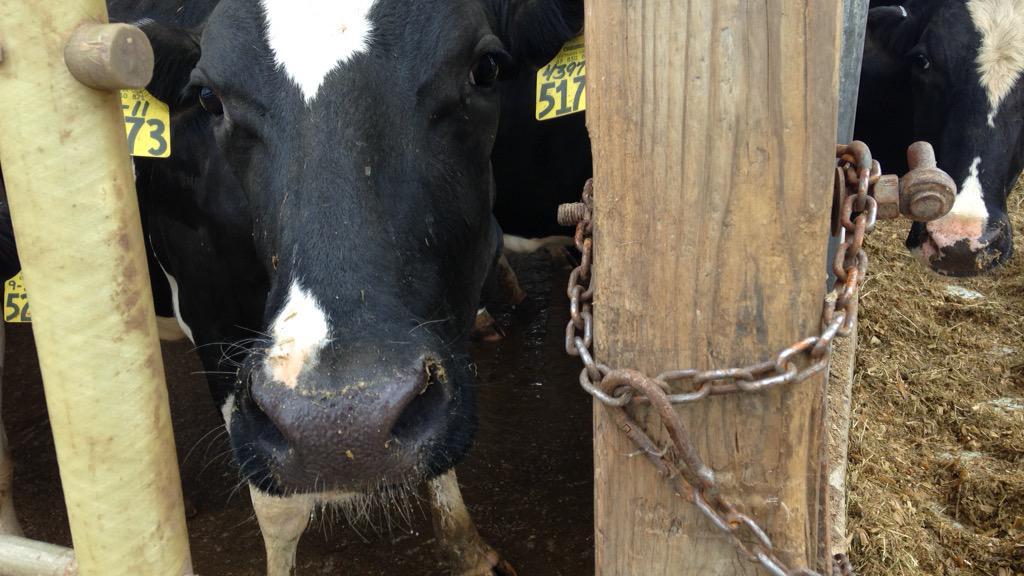 Around 2:26 AM on Monday, a Kewaskum man allegedly struck a mailbox then a pasture fence and ended up in a bean field, and in the process 10 cow escaped.

According to Washington County Sheriff’s Office, deputies responded to the area of Cty Tk WW north of Hwy 33 for a report of a possible personal injury accident.

The responding deputies located the accident scene and determined a Dodge pick-up was northbound on Cty Tk WW when the driver went into the east shoulder and struck a mailbox. The operator then over-corrected and crossed the road and went into the west shoulder.

The vehicle then continued off roadway and diagonally went through a pasture fence, breaking through it in two different locations, and continued through another ditch and finally came to rest in a bean field about 200 feet off the roadway.

About 10 cows escaped through the broken fence, and as of 10:00 AM on Monday there were four cows still not accounted for.

The driver left the scene prior to law enforcement’s arrival but was later located on Cty Hy H and identified as a 24-year-old Village of Kewaskum man. He had minor injuries and was arrested for OWI and a probable probation violation as he was on a restriction of absolute sobriety.