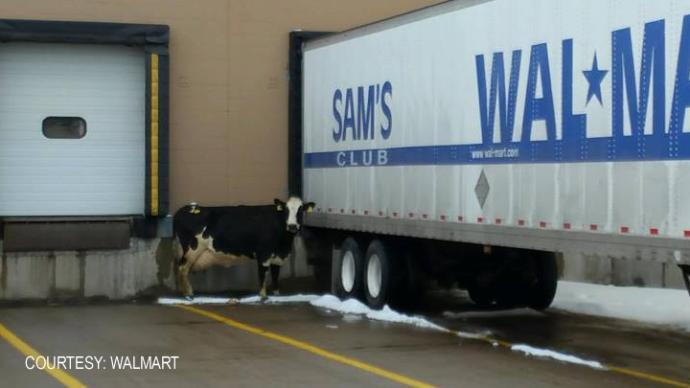 PLOVER, Wis. (WSAW) -- It's certainly a photo that will likely end up as a "Only in Wisconsin" meme. Tuesday afternoon a cow escaped a nearby farm in Plover and made its way into the Walmart parking lot.

Chief Ault said the incident was reported around 3:27 p.m. and was resolved around 3:39 p.m.

He humorously said the cow was "apprehended and returned to its holding station".

The farmer and Walmart employees

assisted in getting the cow safely to where it belonged.