11pm Update: Snow ends around midnight, but slick spots linger into the Monday AM commute

11pm Update: Snow ends around midnight, but slick spots linger into the Monday AM commute

The back edge of the snow is pushing into the Madison area and western portions Dodge and Fond du Lac counties. Snow will end for inland areas by midnight and between 12-1am lakeside. 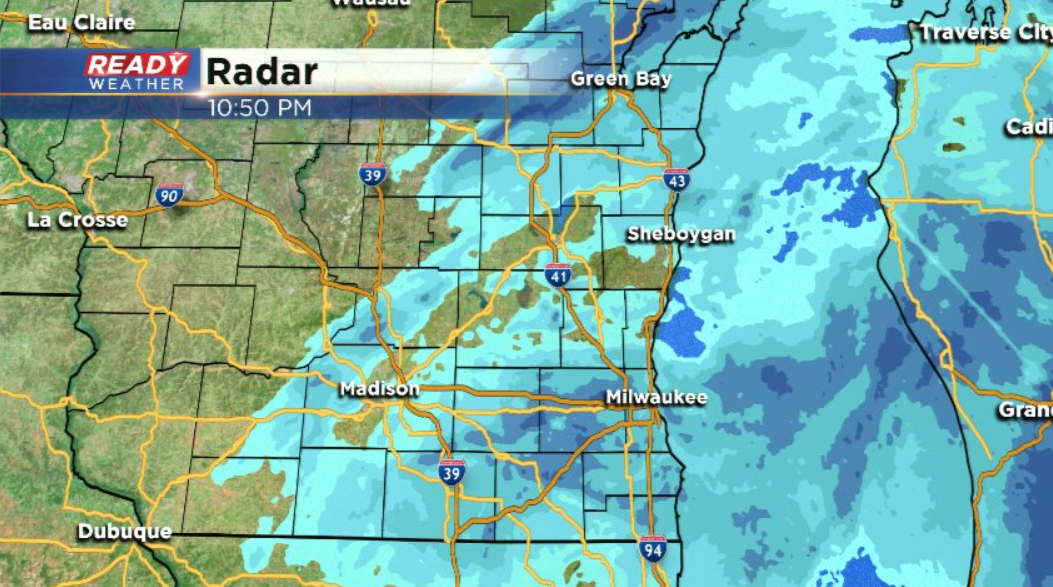 A few snow totals have started to come in this evening. Generally 2-3" has fallen away from the lake with 1-2" lakeside where temperatures have been above freezing all evening. 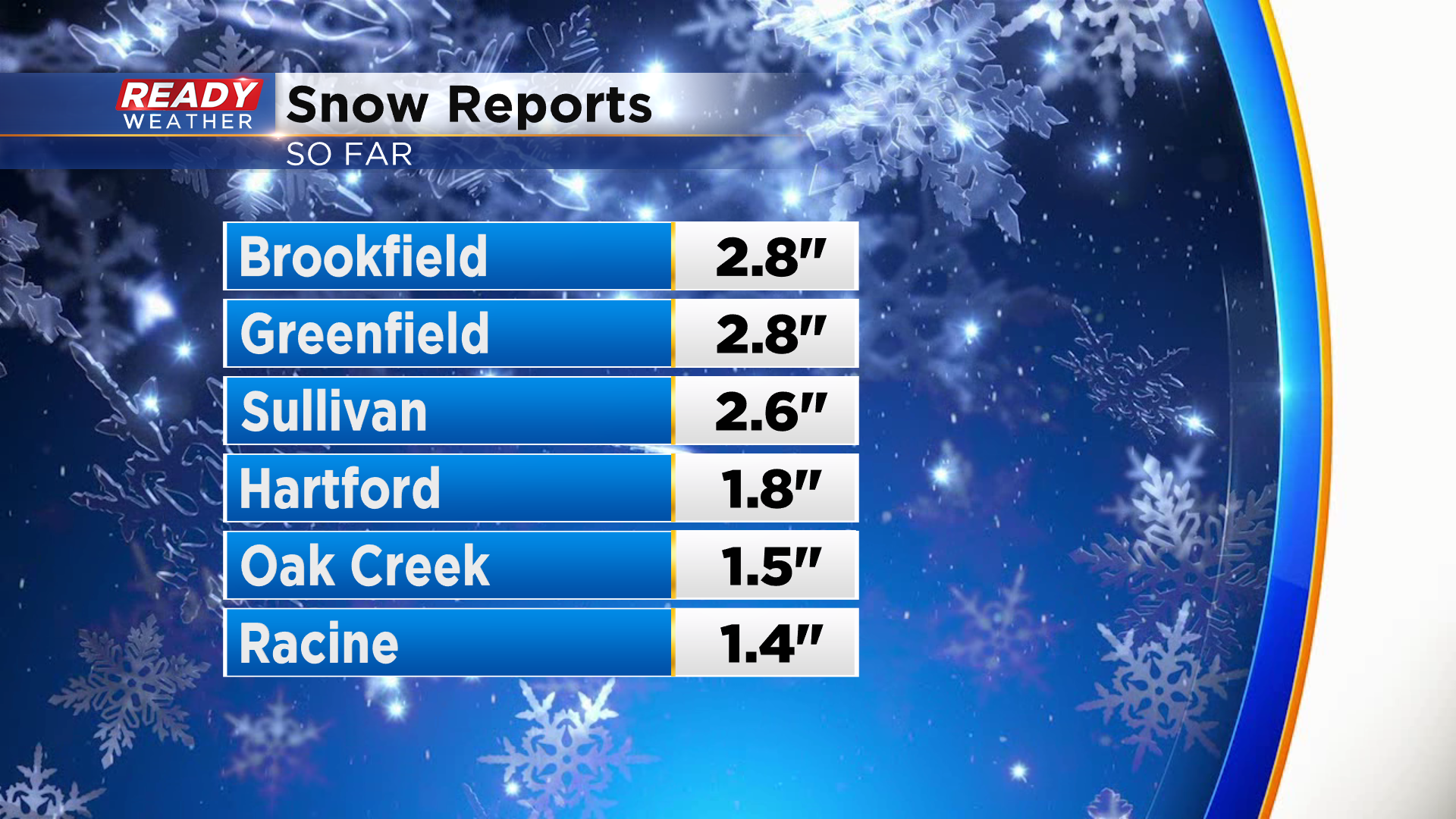 While roads will gradually improve overnight once the snow ends, we'll likely have lingering slick and slushy spots during the early morning commute Monday, especially before 8am and away from the lake. 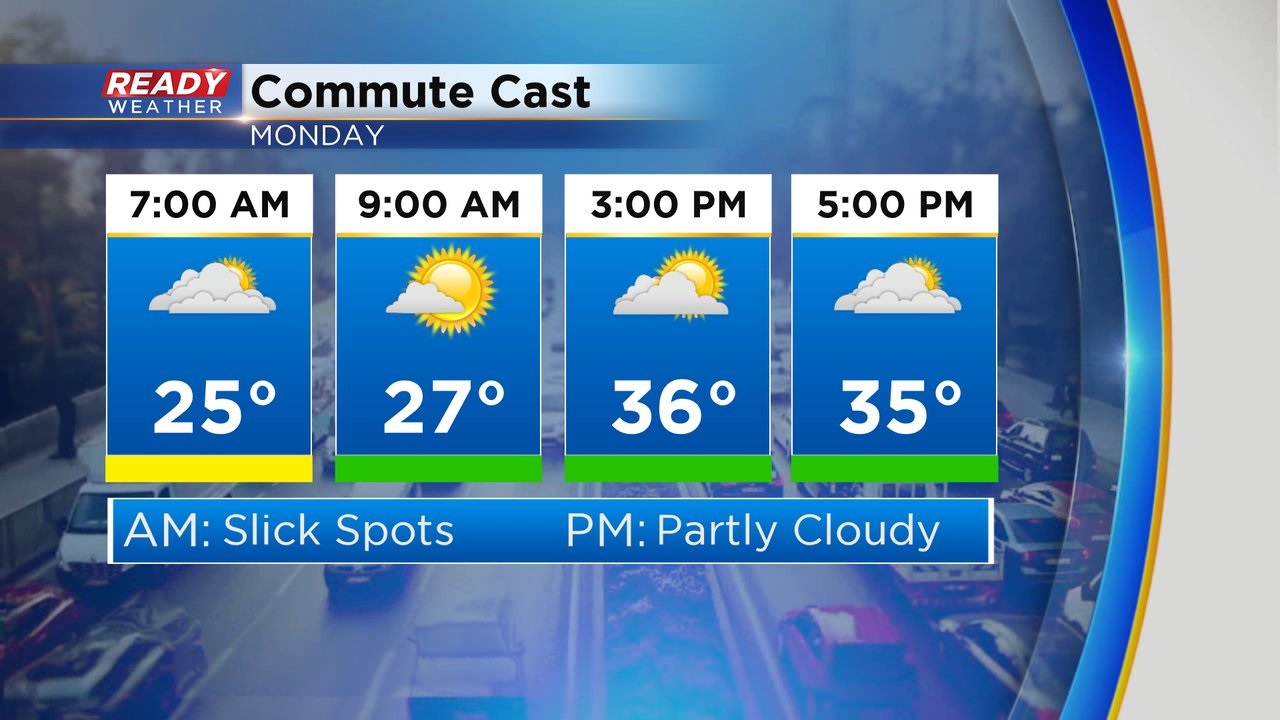 Moderate snow continues to push across southeast Wisconsin with the heaviest snow expected over the next hour. The back edge of the snow has crossed the Mississippi River and with the snow still on track to wind down around midnight. 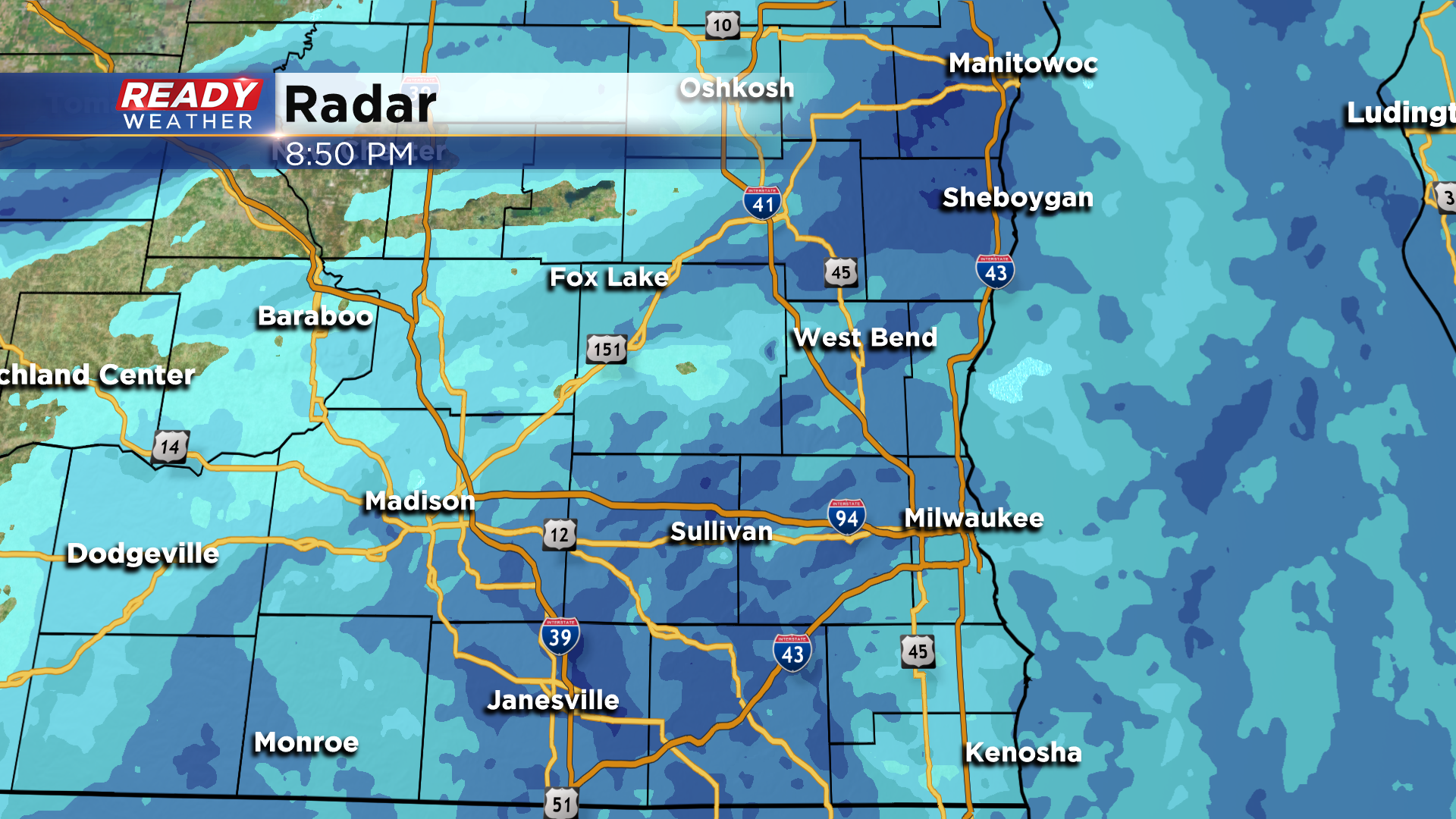 There haven't been too many snow reports yet this evening, but Franksville and Oconomowoc had 1" of snow as up 7pm, while Hales Corners and Sullivan have picked up 1.5-2.0" as of 8:30 pm 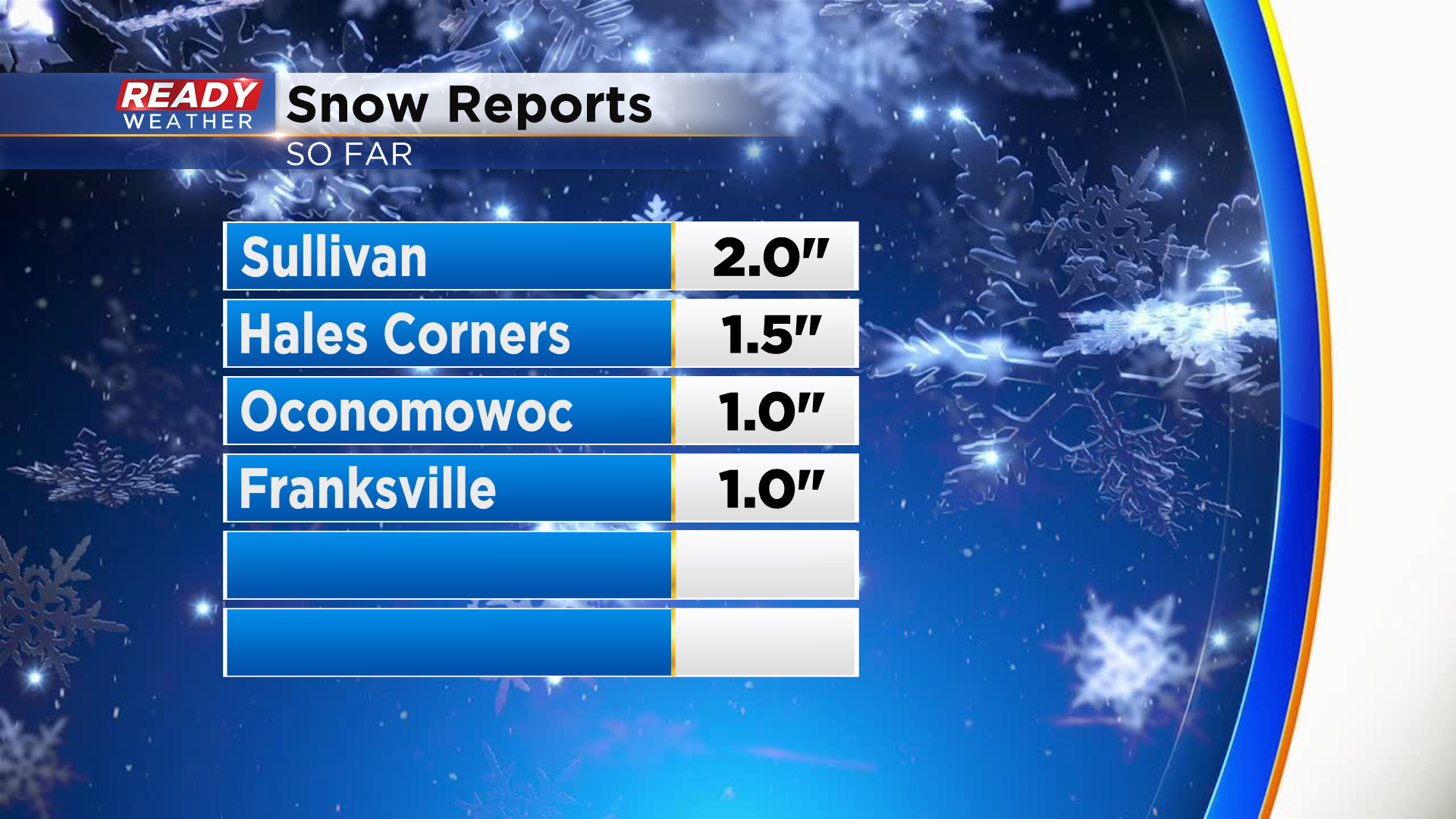 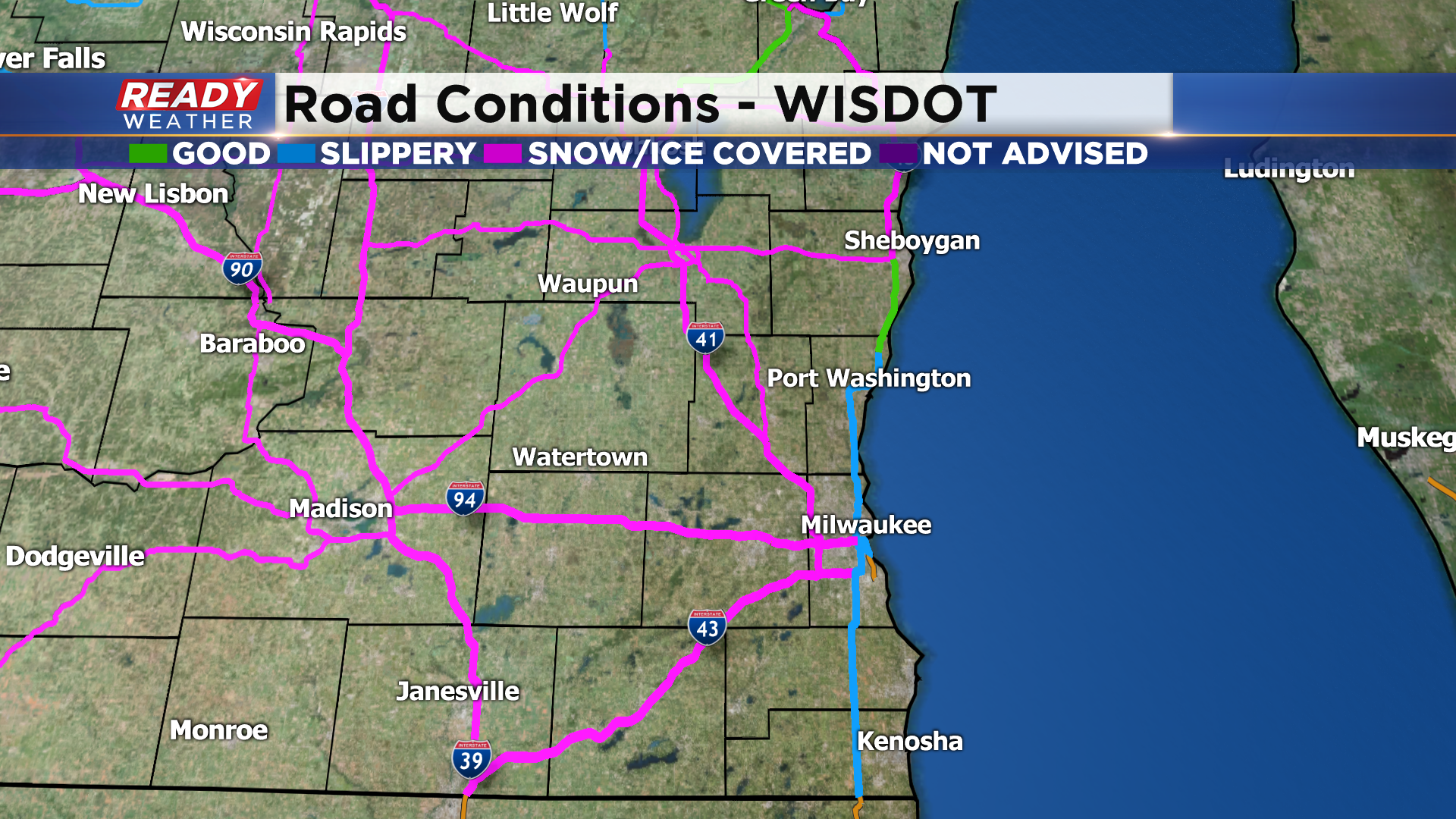 Slick spots could linger into the Monday morning commute.

Light to moderate snow has been reaching the ground across all of southeast Wisconsin for the last hour to hour and a half. The back edge of the snow is in eastern Iowa, so snow will continue for another 4-5 hours. 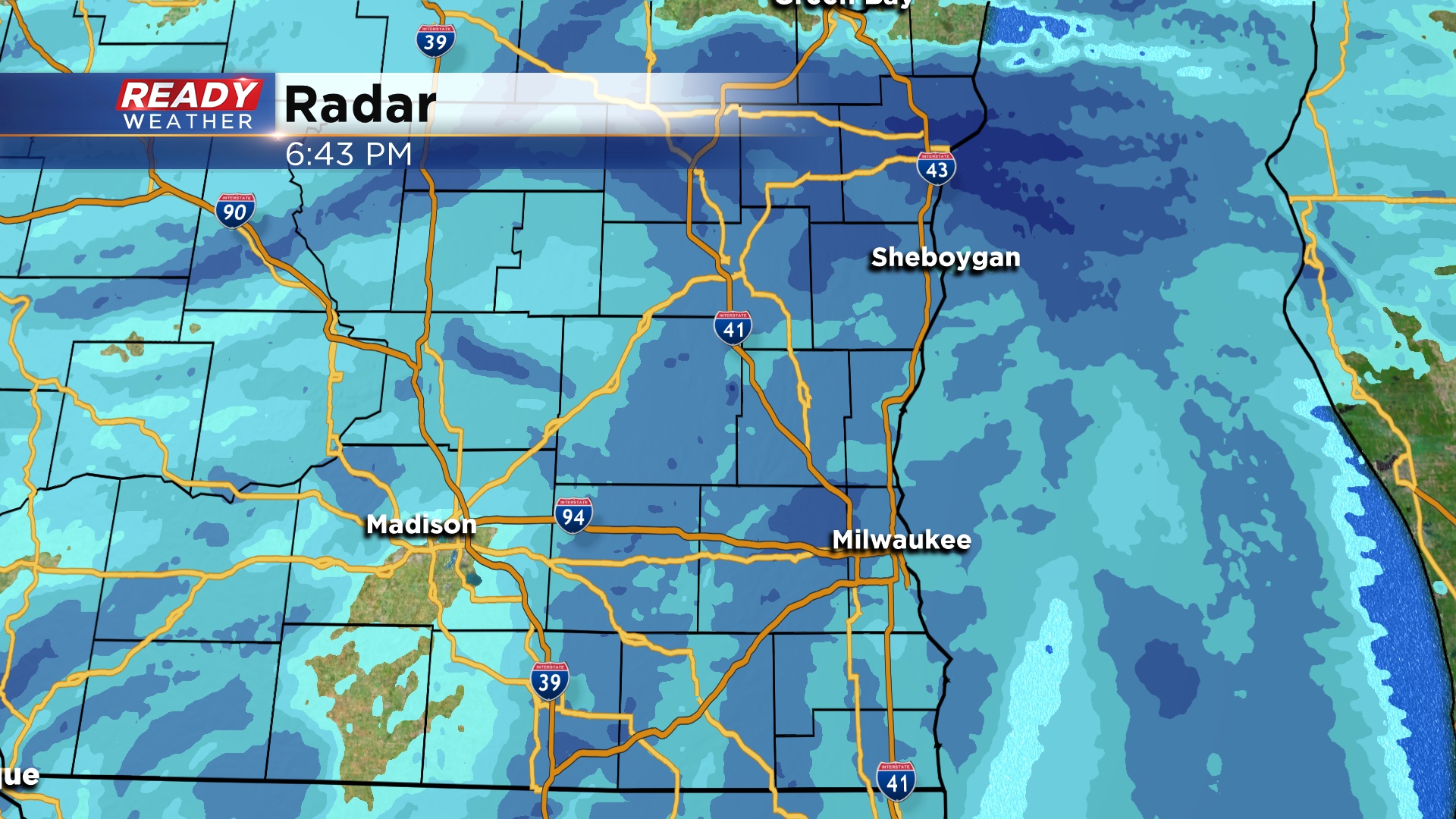 Snow continues to reduce visibility to at or under a mile at times, and has even been as low as a half mile under the more moderate pockets of snow. 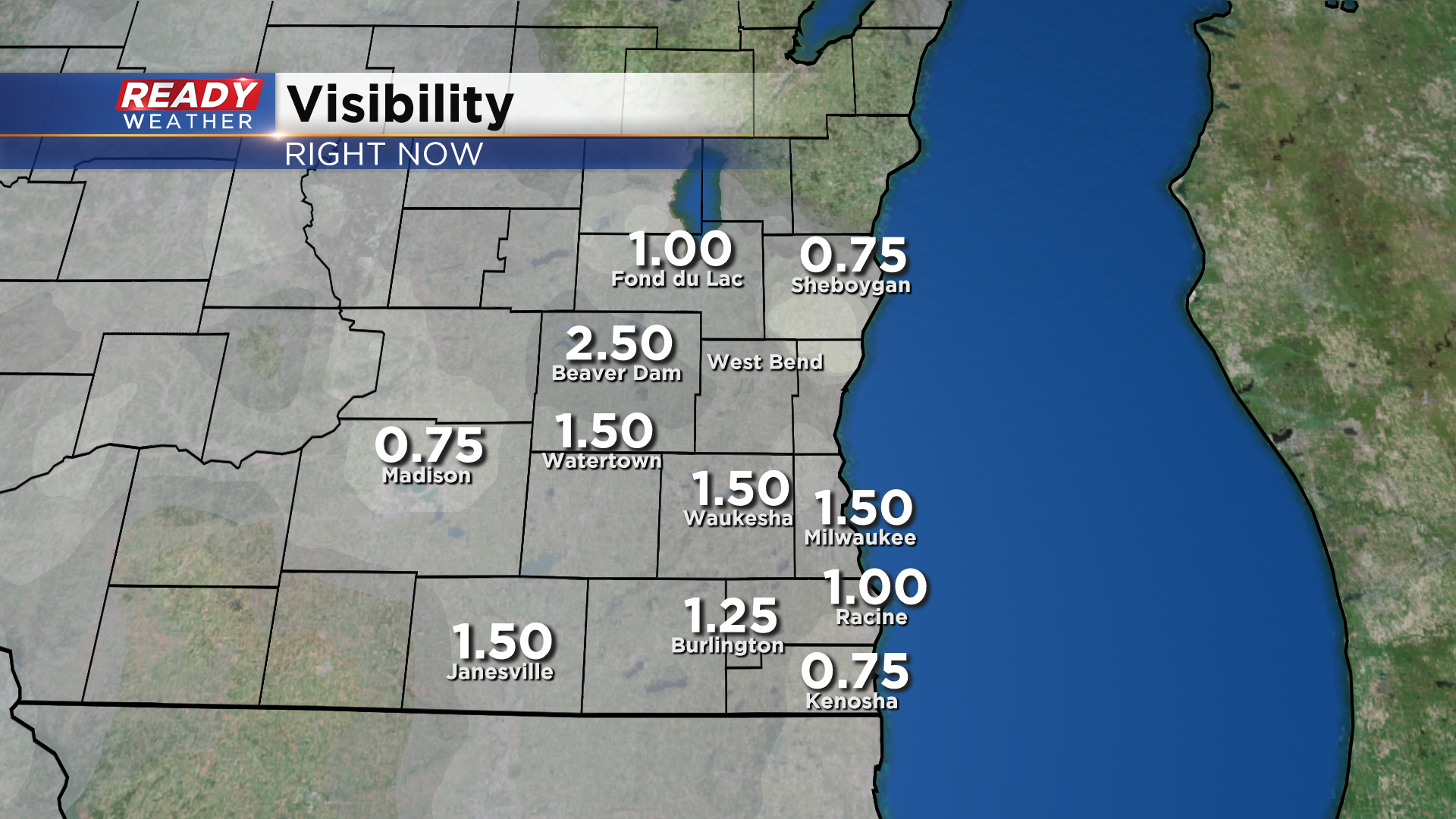 The wet nature of the snow allowed it to melt on contact when it first started reaching the ground, but now we're getting reports of slippery/slushy and snow covered roads, especially inland where temps are in the upper 20s. 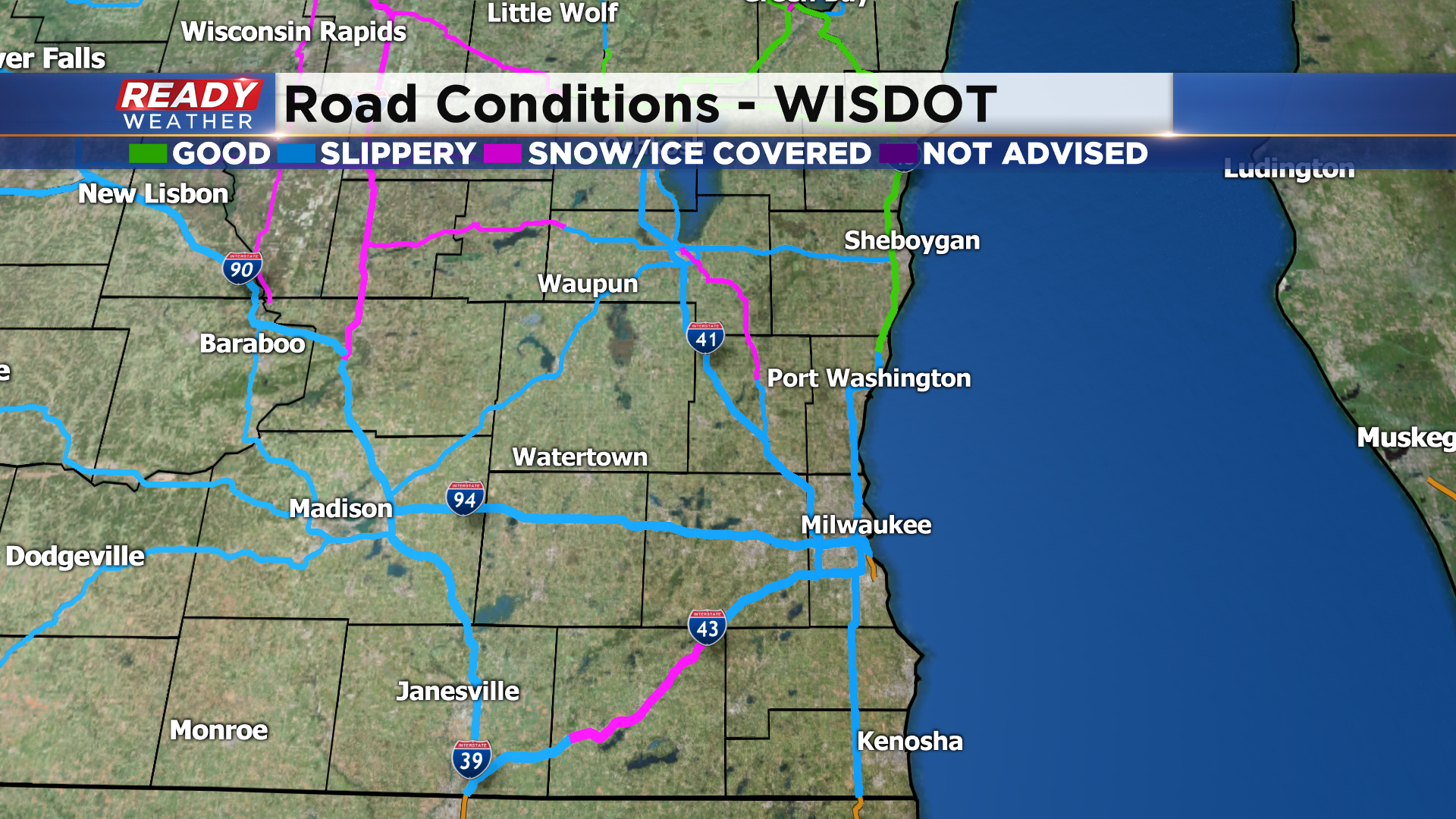 Slushy/snow covered roads and low visibility will be the main impacts over the next few hours.

Snow is now reaching the ground in portions of Walworth, Jefferson, Dodge, and Fond du lac counties. Currently huge flakes are falling at a moderate rate in Lake Geneva and reducing visibility to a half mile. 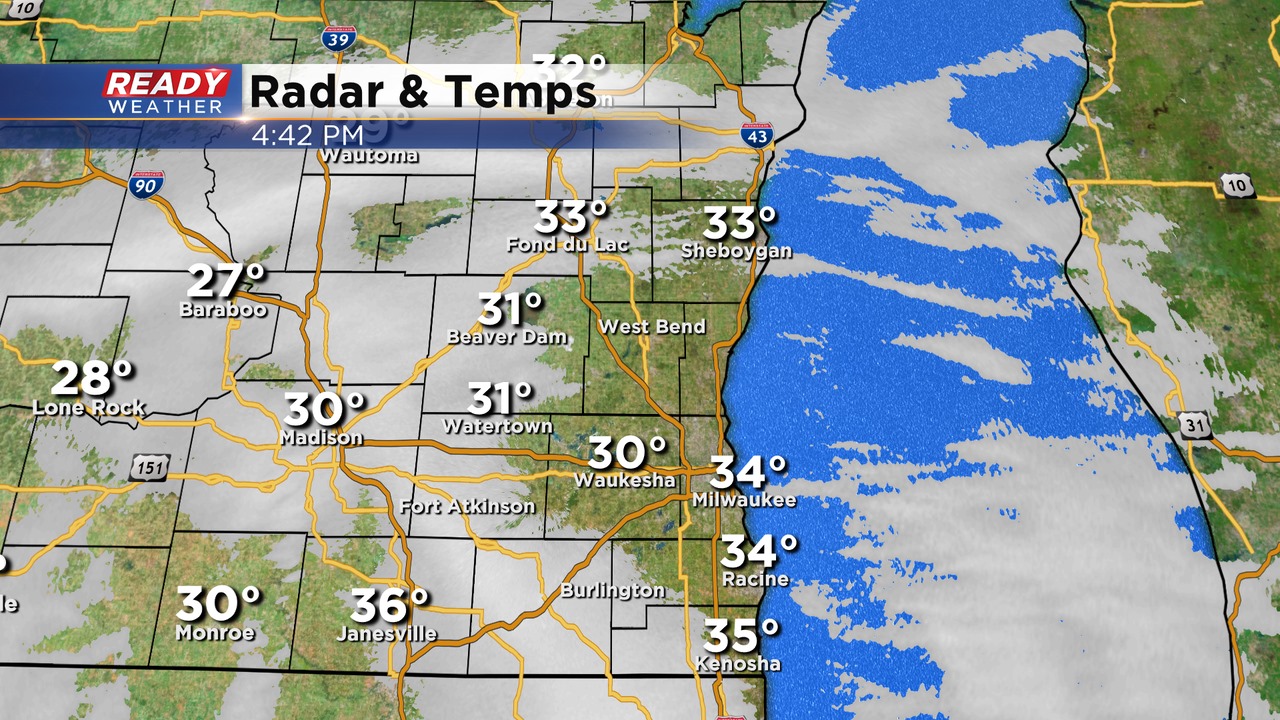 Snow will continue to overspread southeast Wisconsin over the next hour, reaching Milwaukee around 6pm. Snow could be moderate to heavy at times this evening with visibility reduced to under a half mile. This is a wet snow, so expect roads to be slushy and snow covered this evening, slowing travel across the area. 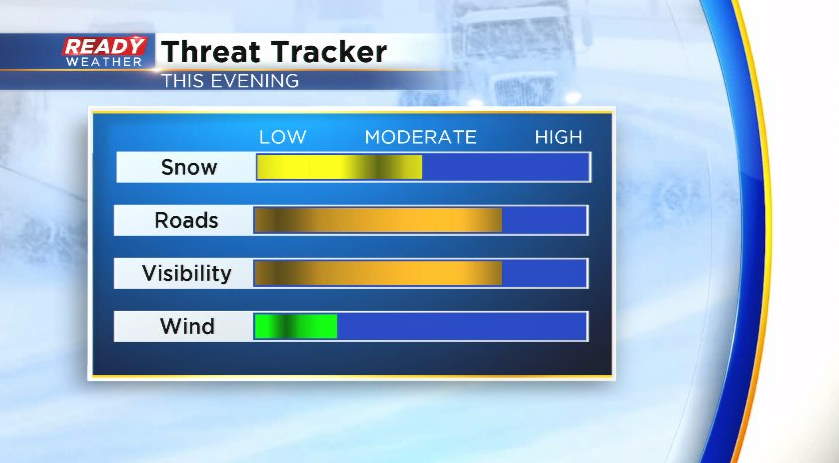 Expected snow amounts remain in the 2-3" range with snow ending around midnight.

Dry air continues to win the battle across southeast Wisconsin for now, but snow approaching from the west and more developing to our southwest will move in over the next 3 hours. Snow will start reaching the ground between 4-6pm. 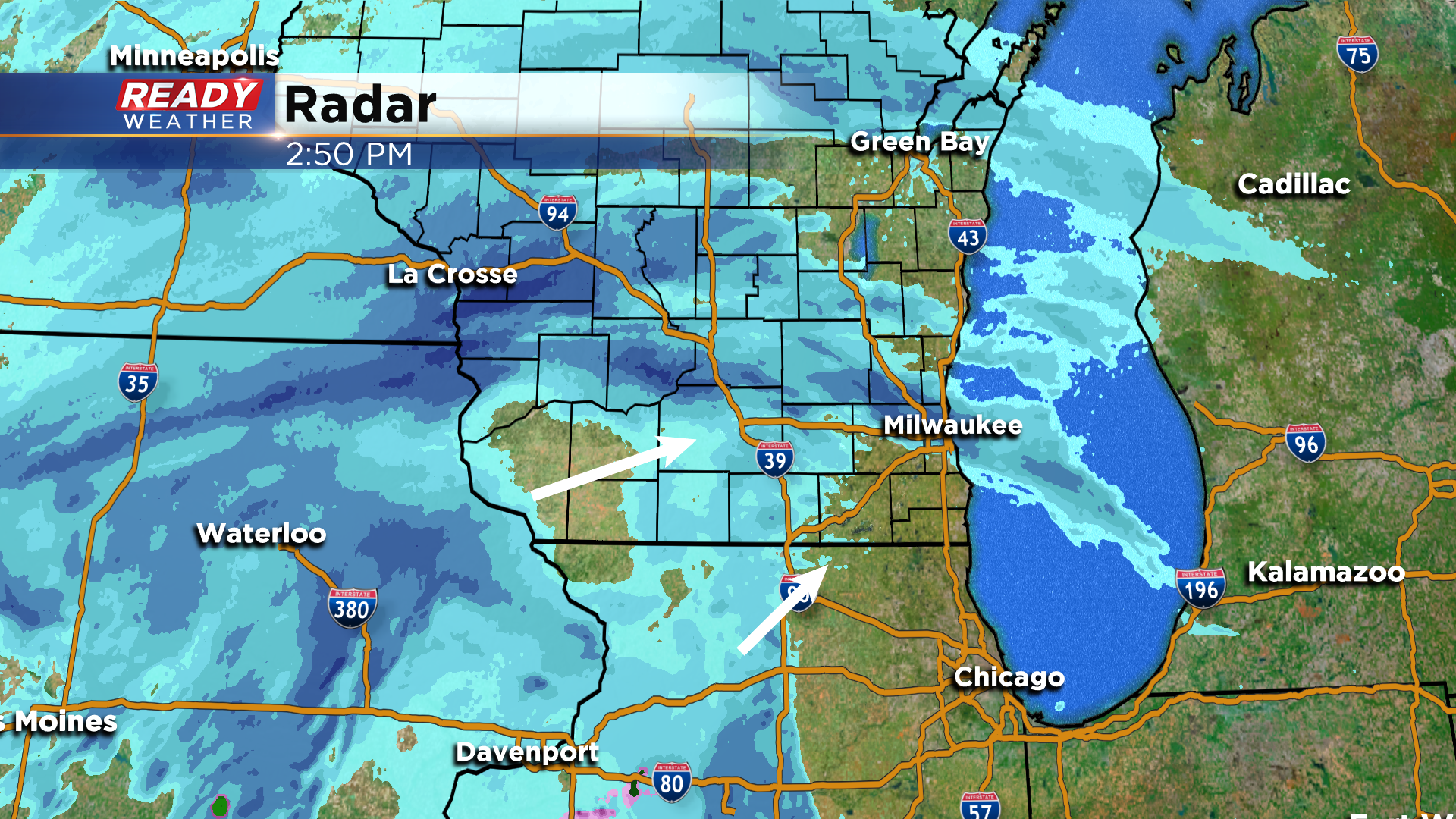 Fairly moderate snow with snowfall rates up to a half inch per hour will be possible this evening, especially between 6-9pm. This will reduce visibility under a half mile at times and create slower travel throughout the evening. 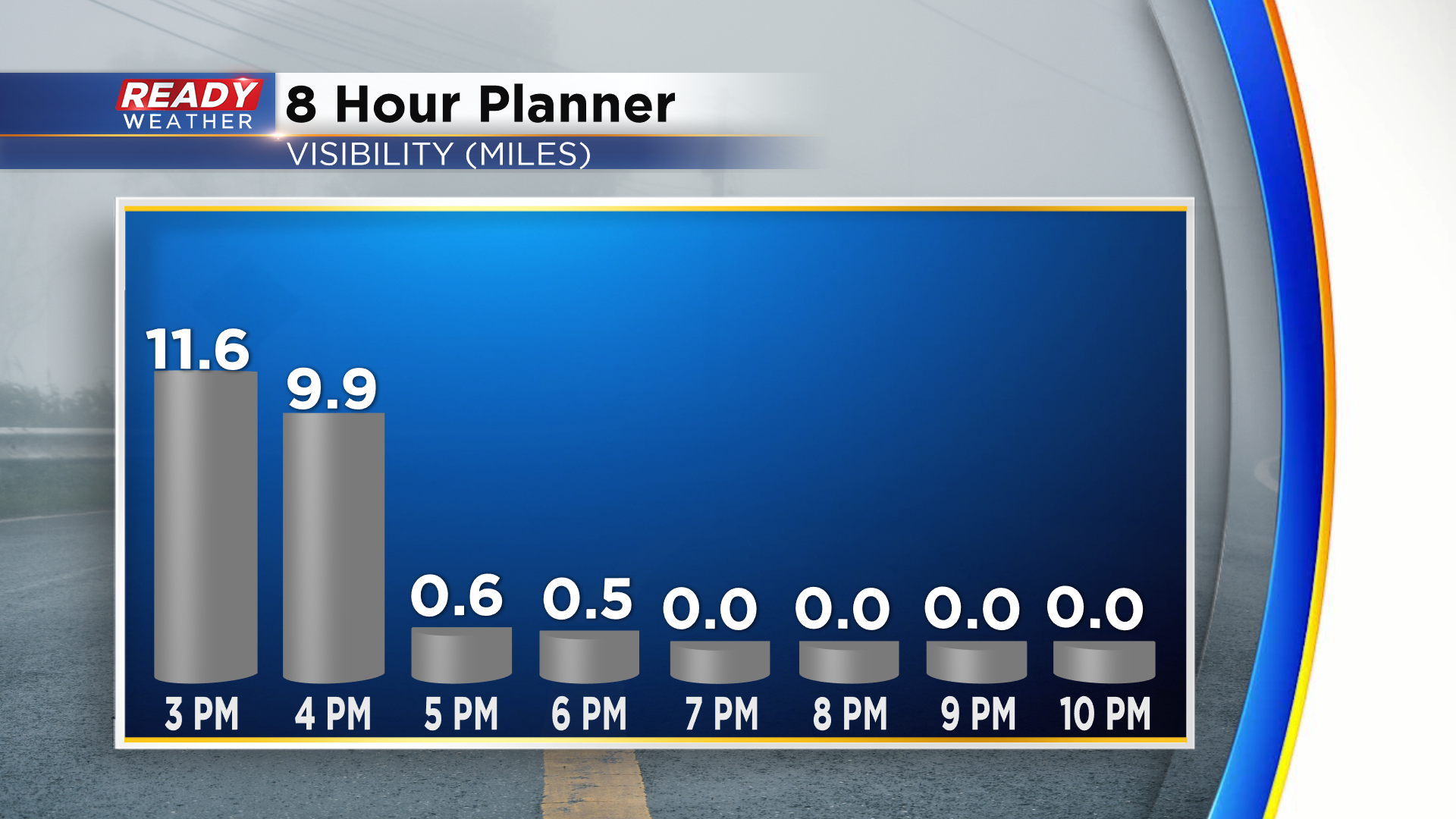 Still expecting 2-3" for most of the area with the snow ending around midnight. 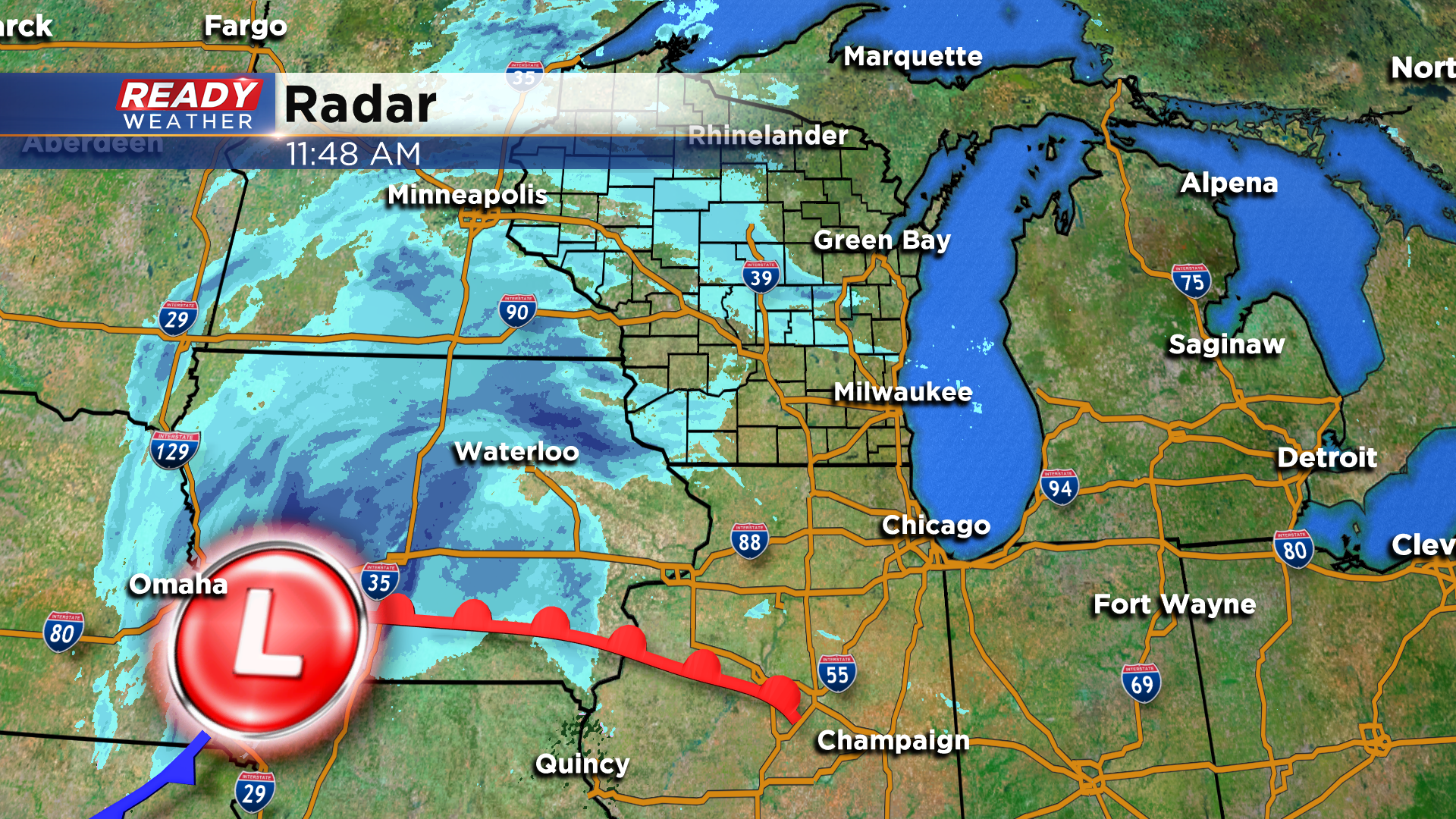 The going forecast remains on track with steady snow moving into the area between 4-6pm with most of the accumulation occurring between 6pm-12am. Still expecting 1-3" of wet snow across southeast Wisconsin. 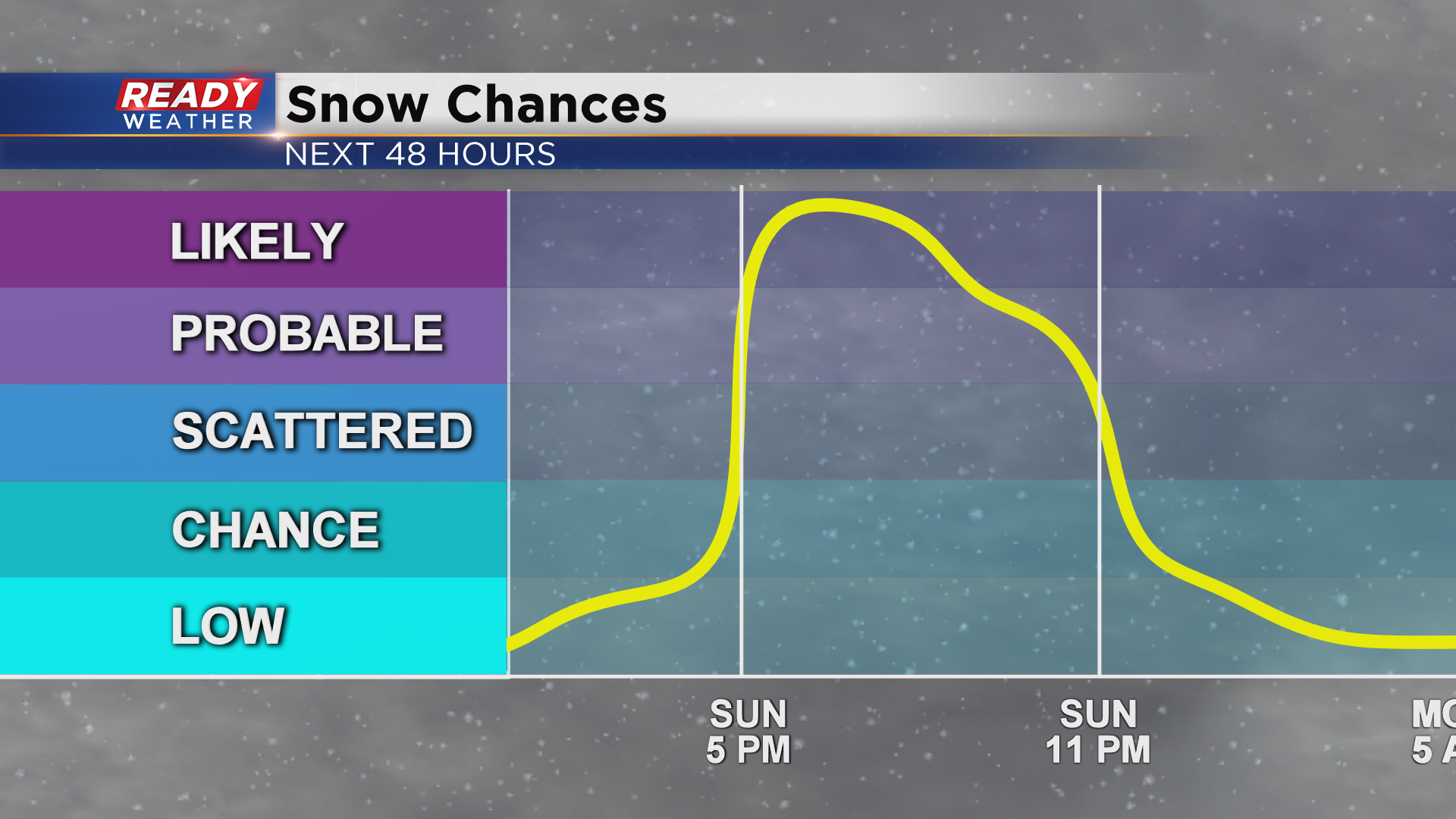 Clouds continue to build in from the west ahead of our next low pressure system, but even the clouds are battling with the dry air we have overhead, which has allowed for a few peeks of sun this morning. Snow will battle this dry air most of the day, keeping the accumulating snow out of our area until closer to sunset. 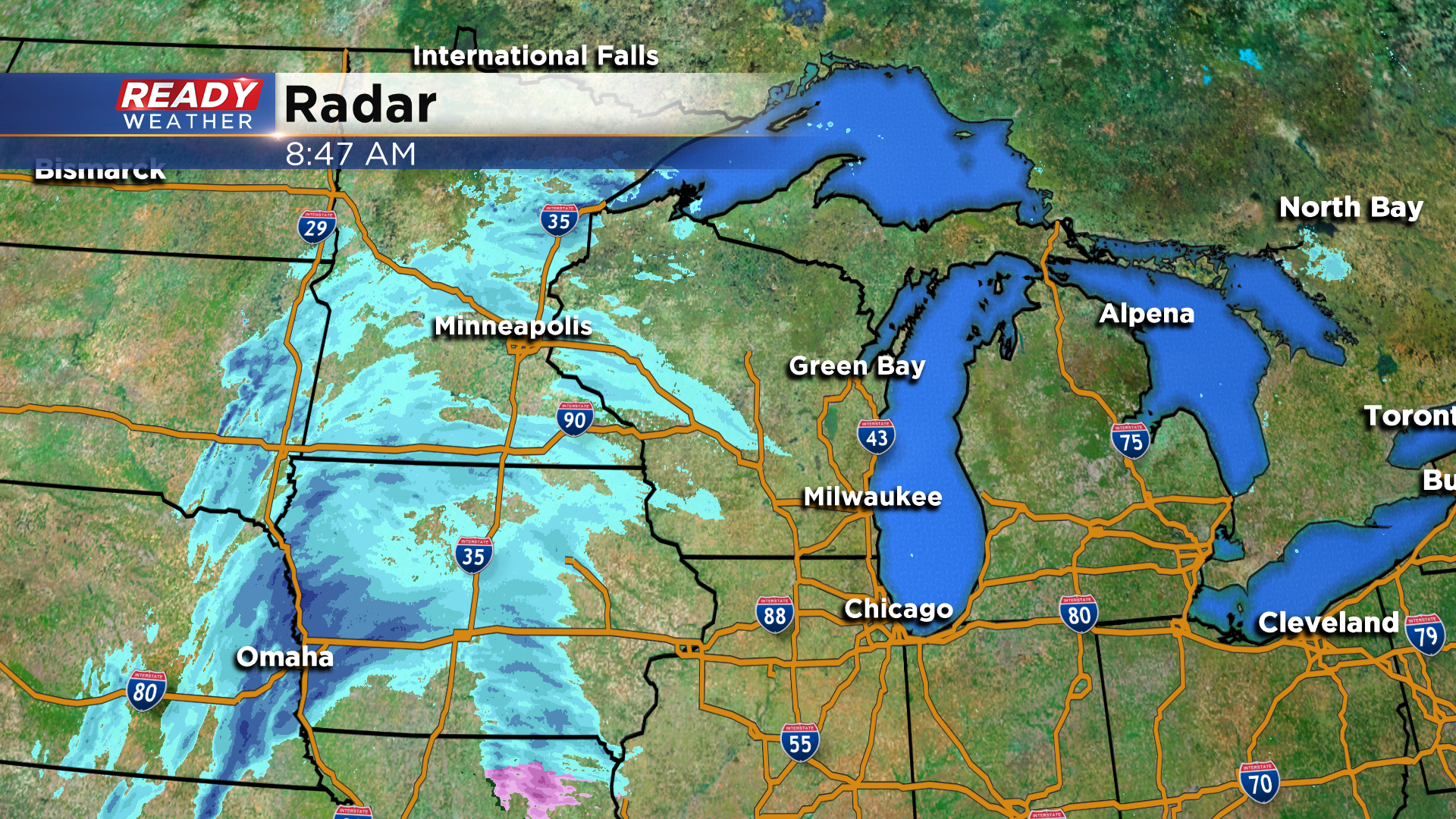 Dry weather will continue throughout the morning and early afternoon before wet snow starts to move in from the west between 4-5pm. 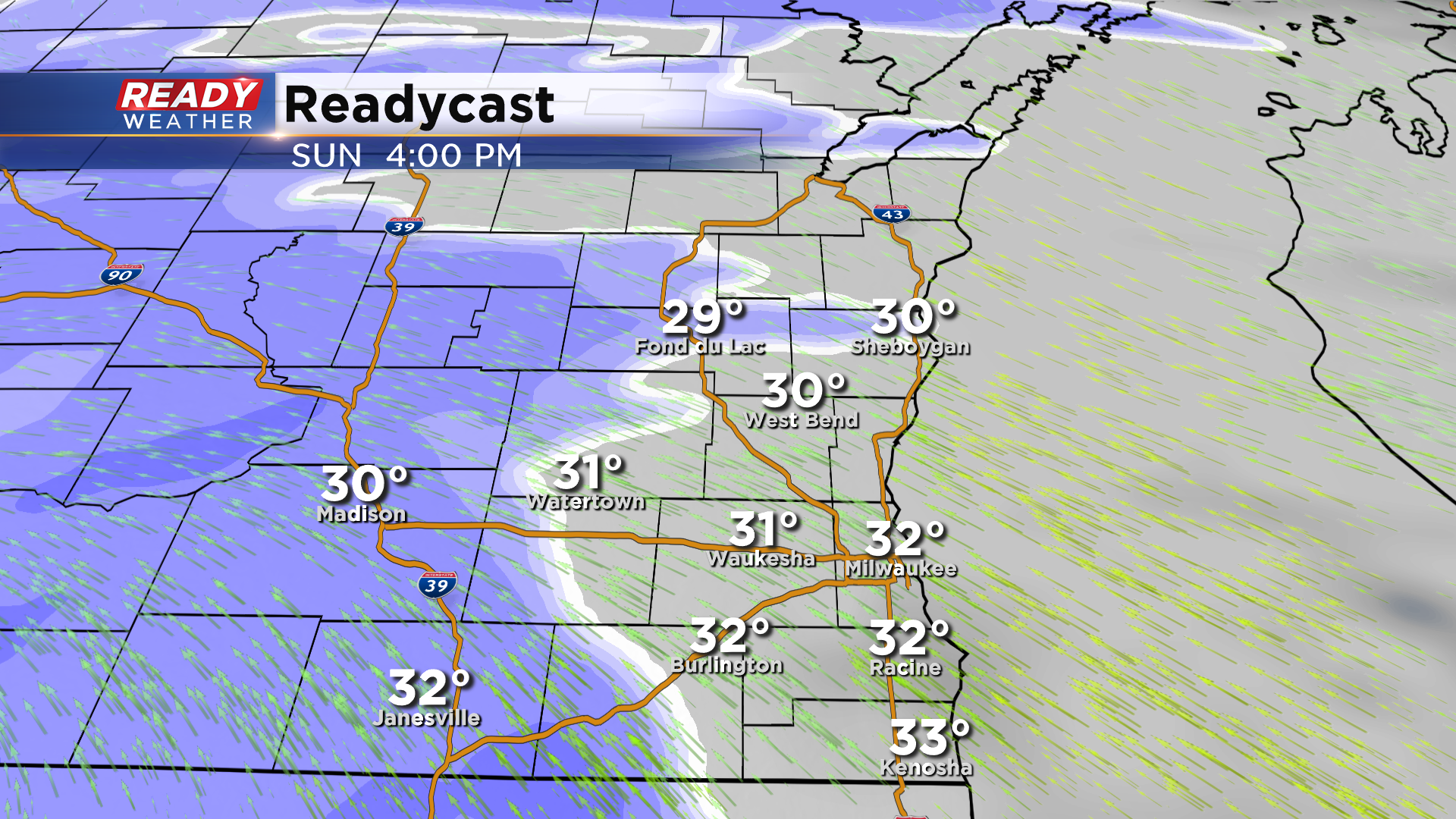 The dry air will linger the longest near the lakeshore, so snow may not start falling lakeside until closer to 6pm. 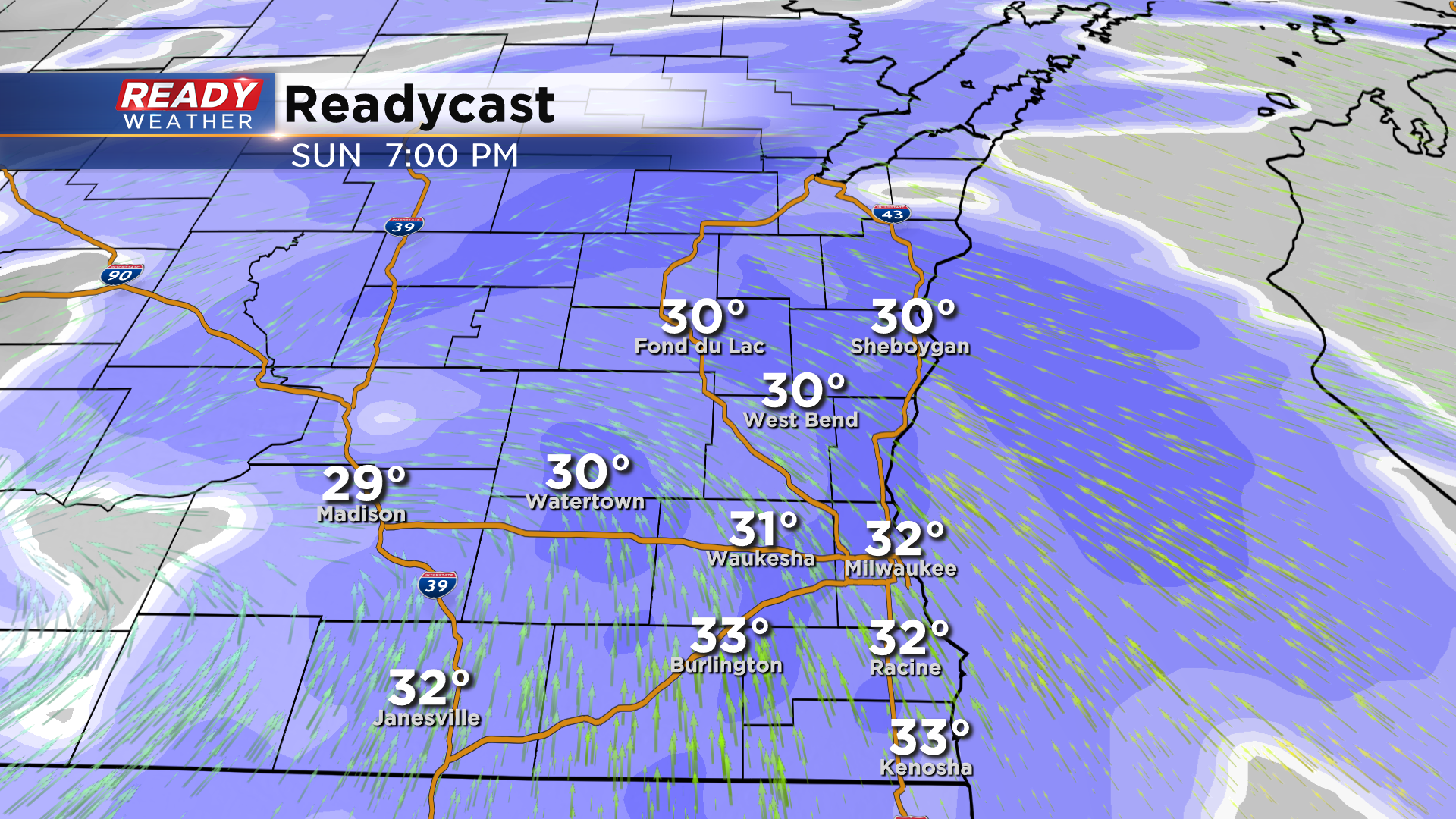 Widespread light to moderate wet snow will continue throughout the evening hours before ending around or shortly after midnight. 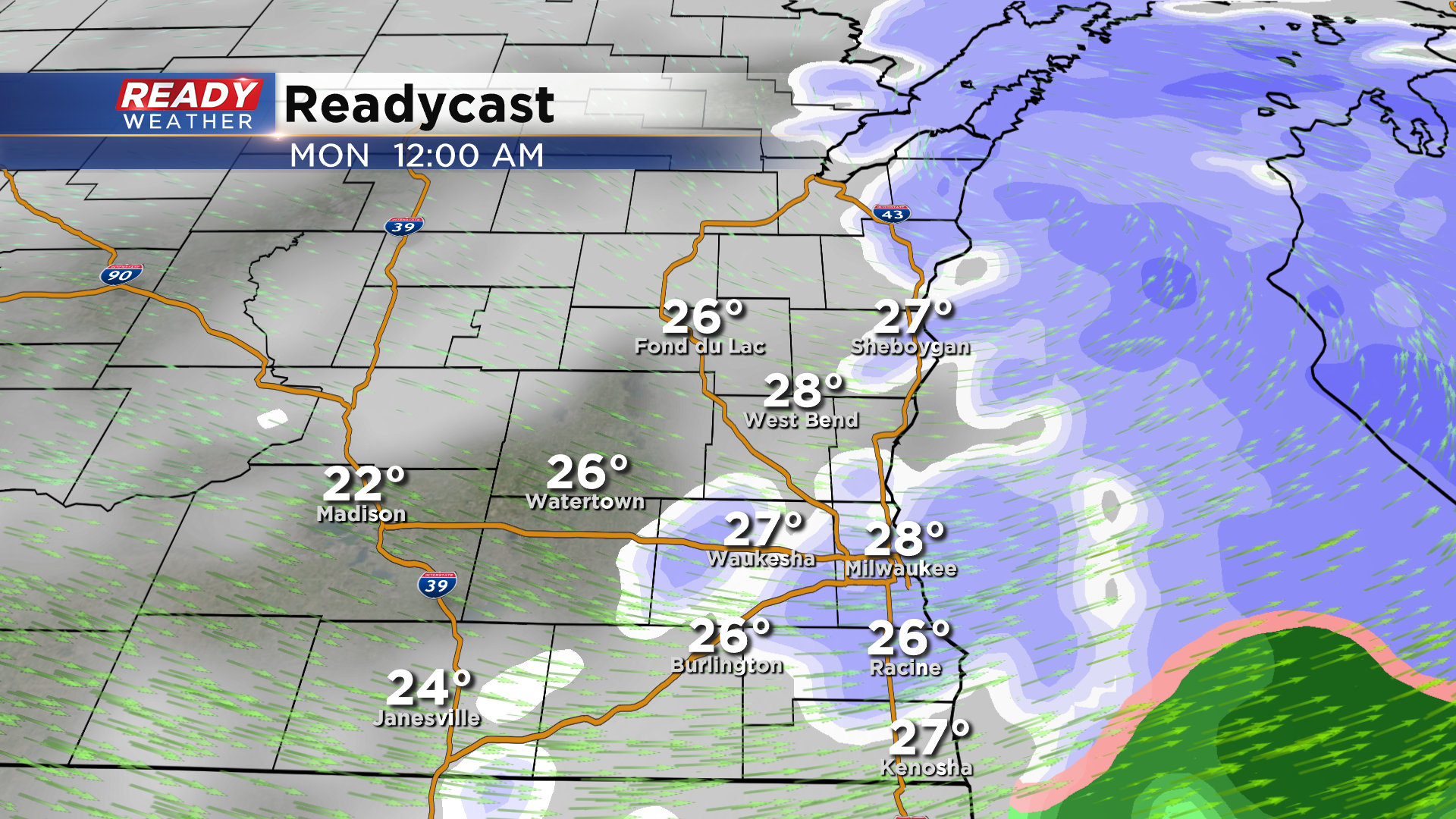 The snow forecast hasn't changed as we're still expecting 1-3" of wet snow from this system. 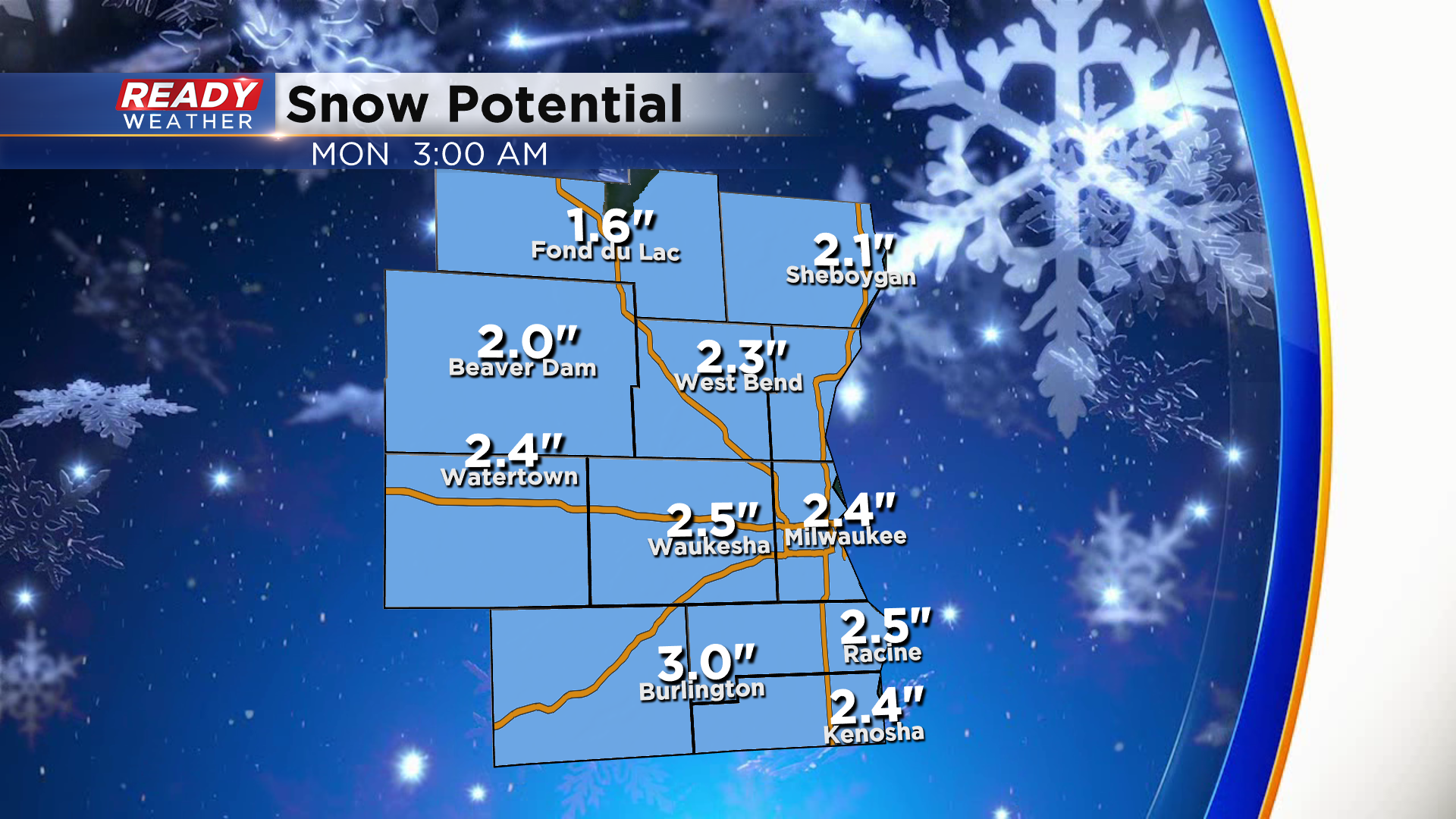 Biggest impacts from this system will be felt this evening as visibility could be reduced under a mile at times while roads become slushy and snow covered.

While the snow will have ended by the time the Monday morning commute rolls around, we'll likely have lingering slushy snow on roads and side streets could still be covered with slushy snow, so give yourself a few extra minutes for your commute. 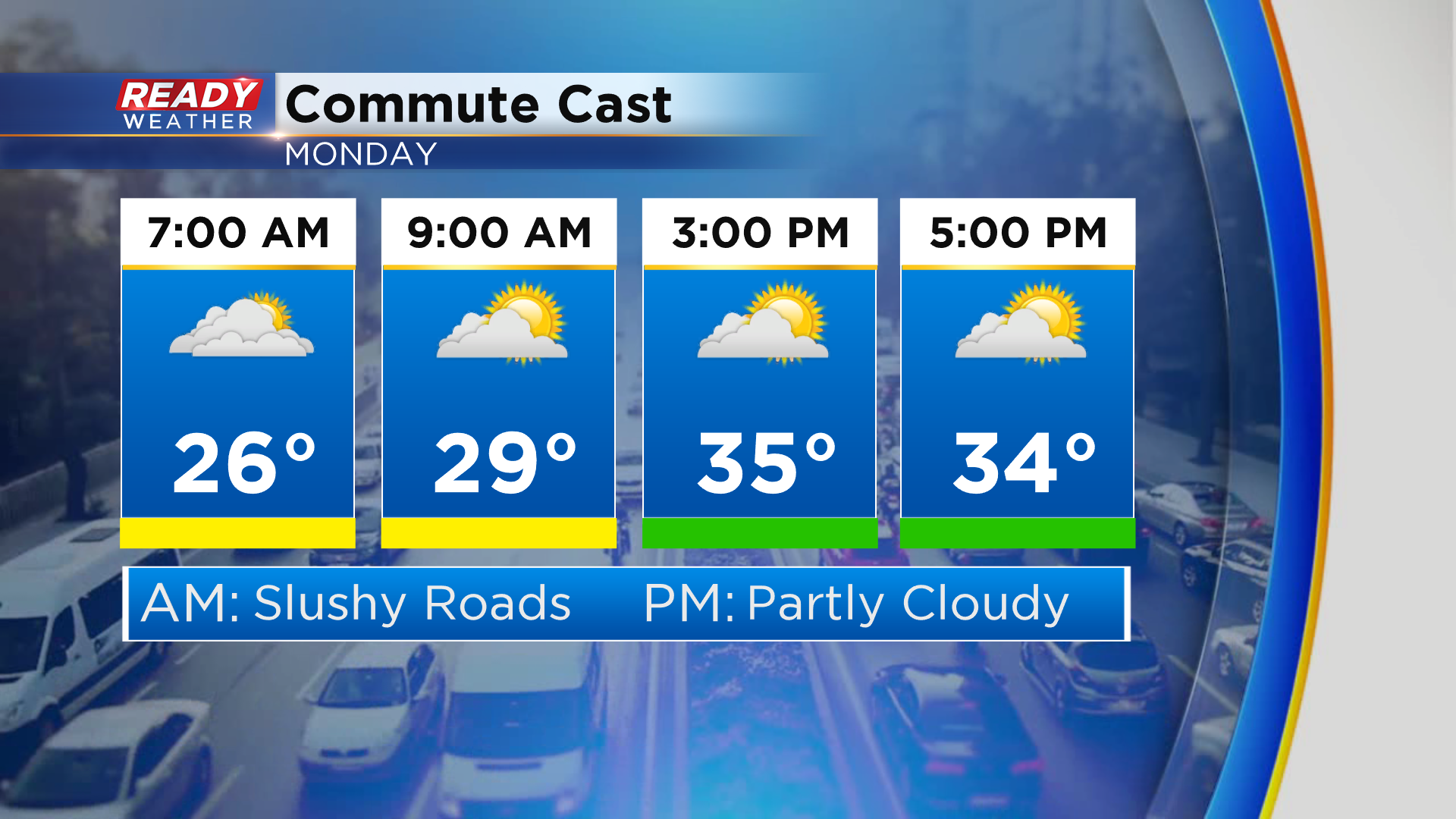 Download the CBS 58 Ready Weather App to track the incoming snow and to see what day this week we could hit 40°!