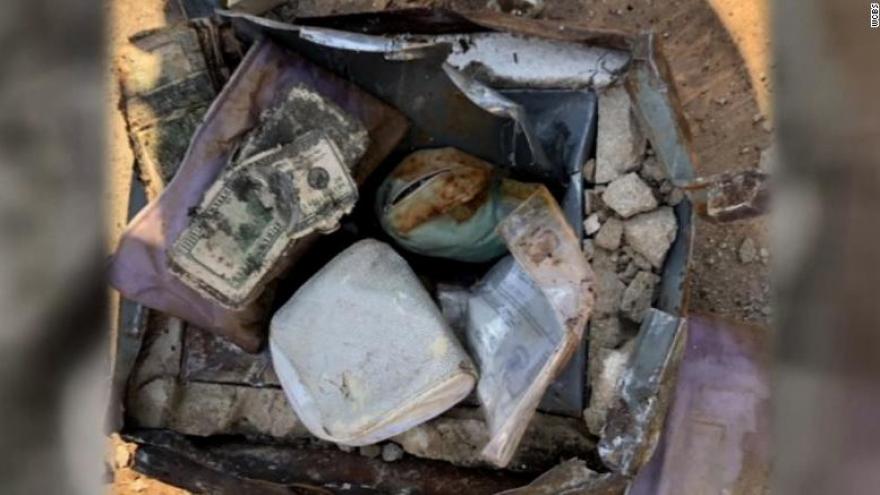 (CNN) -- For years Matthew and Maria Colonna Emmanuel thought a piece of rusty metal behind some trees in their backyard was just part of a cable or electrical box.

But it wasn't. It was a safe containing $52,000 in cash, gold and diamonds. And the story of how they discovered it -- and what the couple did next -- is remarkable.

The couple saw the metal box between some trees when they moved in to their Staten Island home in New York, but never paid much attention to it.

They dug it up

When trees in their yard were damaged by wildlife they got a better view. "It [the box] was really prominent when the deer ate away all the foliage," Matthew said.

After digging it up they realized it was a rusty old safe. Inside they found wet money, and a lot of jewelry in plastic bags.

There was also a piece of paper with an address -- one of their neighbors.

"First, I knocked on the door and I asked them if they were ever robbed and they said they were," Matthew said.

According to the New York Police Department, a burglary was reported at their neighbors' home the day after Christmas in 2011. The only thing taken was the safe. It had a large amount of cash, jewelry and other items inside: a total of $52,000 worth of property, police said.

But eight years later, thanks to the Colonna Emanuels, she did.

They didn't keep it

Matthew said their neighbor was shaking when he told her they had found her safe.

When asked why they didn't keep the loot for themselves, Maria said, "It wasn't even a question. It wasn't ours."