NOW: Family of victim speaks out after couple is charged in West Allis stabbing attack

NEXT:
See Also West Allis police arrest suspects in stabbing death of Ryan Sorensen of Onalaska
WEST ALLIS, Wis. (CBS 58) -- A married couple has been charged in connection to a stabbing that left a man dead in West Allis. Investigators say it all started when the victim, 33-year-old Ryan Sorensen of Onalaska made a comment to the suspects who were riding bikes as he walked home from a bar. Family members of the victim are speaking out after the arrest.

“My brother said three words to me. He said, ‘they got them’ and it literally took my breath away. It brought tears to my eyes,” said Kate Cervoni, Ryan Sorensen's aunt.

The murder happened on Sept. 15. Authorities say Sorensen was walking home from a bar with friends near 71st and Becher, when the group was passed by two people on bikes -- later identified as Shirley and Angel Monge. Investigators say Sorensen made a "joking" comment about wanting the bikes and this apparently angered Shirley Monge. Cervoni says it's like Ryan to joke lightheartedly.

"Two people go by on bikes and Ryan says ‘hey I want your bike,’ you know kind of like get me home sooner, but it didn’t set well with her for whatever reason,” said Cervoni.

The complaint says both Shirley and Angel Monge circled back toward the group and started "talking [expletive]" to one another.

One of the individuals walking with Sorensen says Shirley Monge rode her bike closely behind the victim "possibly to ram him," and that's when she fell or was knocked off her bike. The individual stated Shirley Monge jumped on Sorensen and started swinging at him. Investigators say Angel Monge ran up and began to fight Sorensen also, before both fled on their bikes.

Sorensen was stabbed in his upper left chest and died from his injuries.

"The word murder is just something you can’t fathom in your family, to have that happen,” said David Sorensen, Ryan Sorensen's uncle.

"Over a joke about a bike? and that would turn so violent and it would end with Ryan’s life being lost, what kind of people are these?” added Cervoni.

Officials say Monge admitted she and her husband, Angel, were involved in the stabbing. Shirley claimed the night of the murder, Sorensen made a comment about her bike and admitted to circling back repeatedly. Shirley stated one of the members of the group threw a cigarette butt at her, kicked her off her bike and put her in a headlock. Shirley admitted Angel intervened and they eventually fled the scene together.

Shirley Monge, 32, and Angel Monge-Mathuzima, 31, are each charged with one count of felony murder, battery, as party to a crime.

“We have suffered so greatly and it won’t bring Ryan back, but it gives us a sense that they’re off the streets,” said Cervoni.

"It just shook me to the core, but yeah the relief is incredible, they're behind bars," David Sorensen said.

Sorensen’s loved ones say it’s been a nightmare not having him around, but family members say moving forward they’re hoping to have full closure once justice is served.

Monge and Monge-Mathuzima are both due in court for their preliminary hearings on August 11, 2020 at 8:30 a.m. According to court documents their maximum initial confinement for the felony charges is 11.81 years.

“Right now I have to say we live with pain and anger, and you know, I just hope our justice system does what’s right,” said Cervoni.

To honor and remember Ryan Sorensen, his family says they have planted trees and spread his ashes in beautiful places he loved to hang out. 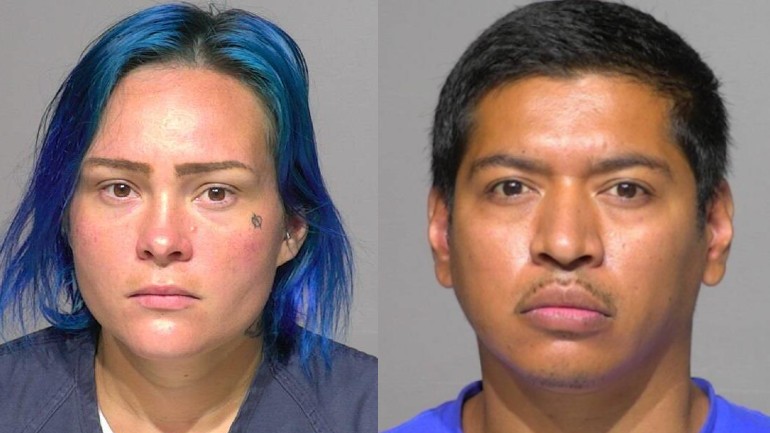