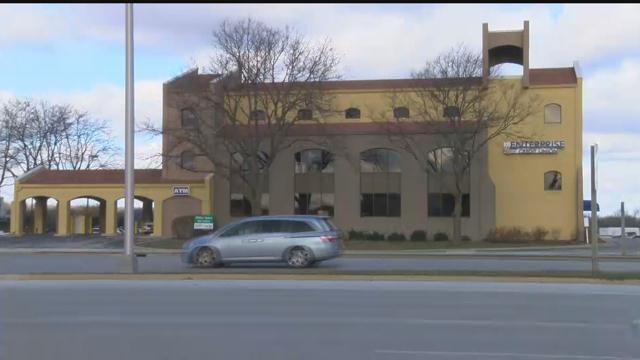 A bank employee is accused of cashing fake checks to support her drug habit and her boyfriend.

One of the suspects worked at the location.

The criminal complaint said between January of 2015 and March of this year, Anna Chaberek and her fiancée Anthony Tourtillott cashed 328 fraudulent checks into 6 different bank accounts.

The complaint said an investigation into the two began after an audit of the Enterprise Credit Union showed a discrepancy of over $300,000.

Tourtillott told detectives that the two had an agreement.

Chaberek would provide the checks, and Tourtillott would conduct the tranaction and then use that money to purchase Percocet pills and split between the two.

The criminal complaint said Chaberek also used her father and sister's accounts to deposit and withdraw counterfeit checks of $980.

The family members had no idea.

The complaint also said Chaberek would issue a stop payment once the checks were cashed and then hid them in a customers’ account.

Both are now charged with four counts of theft in a business setting over $10.000.

They face up to 40 years in prison if convicted.

Both are expected to make their initial court appearances on December 19.