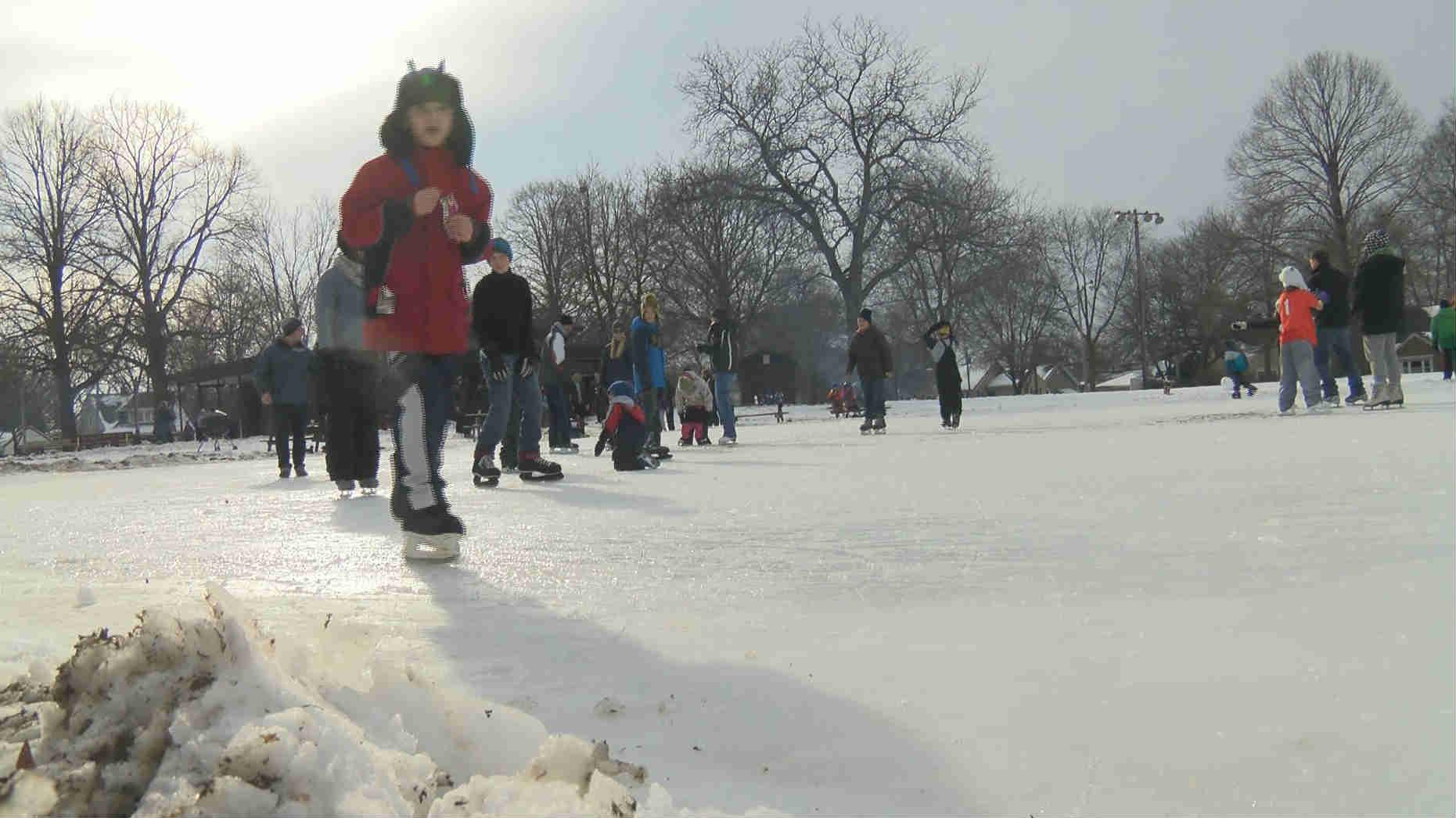 Skates hadn't cut through the ice at Center Street Park in nearly three decades, but after budget cuts in the 1980's closed the rink seemingly for good, ice skating returned Saturday.

\"What's old is new again,\" Friends of Center Street Park President Dave Celata said.  \"It really just started with a couple people from the neighborhood having conversations about the park.\"

Discussions that had been simmering for a long time. Then, in the last few months, the Wauwatosa-based FOCSP took charge.

\"The labor is done entirely with volunteers,\" Celata said.  \"The upkeep is going to be pretty minimal in terms of cost.\"

\"I just couldn't help think what we could help bring to the youth of the neighborhood,\" Brian Schumacher of Wauwatosa said.

Schumacher, or \"Schu\", was one of a handful of neighbors who helped craft the ice over the past 10 days.

\"When it was super cold last week, 30 below, we were out here some nights until four in the morning just spraying water down and getting it built out,\" Schumacher said as families skated behind him.

Lawmakers and businesses jumped on the idea too.  Milwaukee and Wauwatosa firefighters offered hoses and sprayed, the Pettit Center donated skates, Waterstone bank gave cash to pay the water bill -- subsequently receiving naming rights to the rink -- and Milwaukee County and the Parks Department workers offered their expertise.

\"Nobody's arguing about who gets credit, who wins, who loses<\" Milwaukee County Executive Chris Abele said.  \"We're just working on how fast can we get those kids out there skating.\"

County and city leaders admit budgets aren't any easier to balance now than they were in the 1980s, but they say projects like these should get unanimous approval.

\"Not only is this rink to stay, I think you're going to see more people saying, 'Hey, I want that in my area,'\" Milwaukee Common Council President Michael Murphy said.

\"We're gonna make it great and it's going to be here for a long time,\" Schumacher said, admiring the work.

Center Street Park is a Milwaukee County Park located in the City of Milwaukee, bordered on three sides by Wauwatosa.  It's located at 6420 W. Clarke Street.