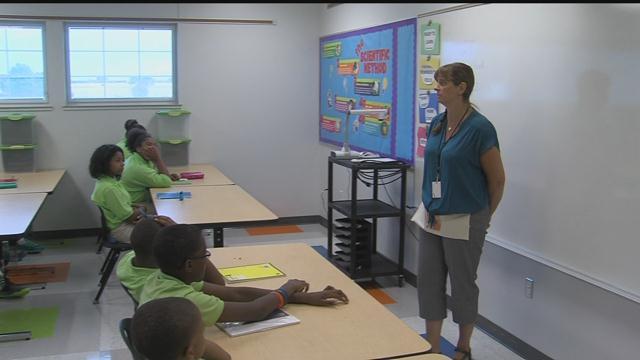 A face to face between MPS officials and County Executive Chris Abele and the Commissioner Dr. DeMond Means who was appointed to assume a transition for failing schools.

Today was the deadline for MPS to present its reservations about the proposal submitted in late spring by Means and Abele.

Superintendent Dr. Darienne Driver says her position has not changed.

Parents would choose if they want their child to be part of the Opportunity Schools Partnership Program or OSPP.

"We asked about MPS employees," Abele said afterwards. "Would you under your proposal for teachers to be MPS employees? And they said they didn't. I said Okay. What we were trying to do with out proposal is address a concern that they had."

Dr. Driver had spoken with the media beforehand and had not revealed that part of her conversation.

She offered this perspective:

"So the model as its set OSPP would be the overseeing operator of the program. We can't really speculate on how that would look but we are open to the conversations in terms of meeting the standard of care and helping the needs of our young people."

Later a district spokesperson, Tony Taglivia issued this clarification at the request of CBS 58 News:

"With respect to your question, if you look at our list of concerns from the June 17 letter, they were focused on whether this is going to be a value add for students and education in Milwaukee. We did raise a concern that the County Executive and Commissioner's OSPP proposal contradicted state law, which states that OSPP employees are not MPS employees."

No date set for the next meeting. But boths side

Abele says he will have to see if the MPS counter proposal fits in with state law.

Both sides appeared to be downplaying their disagreements on Thursday.

"It isn't necessarily their proposal, our proposal," said Dr. Driver. "But it's just figuring out, y'know how are we able to come to a place where we're offering a program that meets the needs of our children and their families."

Dr. Means and Abele say they will need some time to study the counter proposal.

"We're not gonna rush through this just because of a deadline," said Dr. Means, a graduate of MPS Riverside High School. "We stated to MPS on May 18th that we were delaying our process of walking through schools because we wanted to reach out to them and partner with MPS."