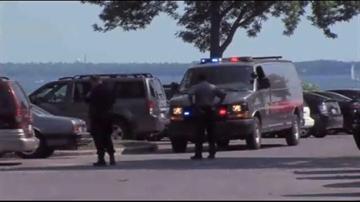 He says he's only responded when asked by the media to give a reaction when the Sheriff has issued an complaint.

It will be up to taxpayers to decided if that means the drama is over.

\"The Sheriff's Office gets almost four million more an increase tax levy which is one of, the if not the largest, of any other department in the county,.\" said Abele.

He unveiled the proposal at the North Shore Rotary Club meeting in Brown Deer Monday.

He will be speaking Tuesday to the Rotary Amigos group.

CBS 58 News contacted the Sheriff's Office and received this response from Clarke:

\"Until I see the entire budget in writing and have time to drill down into it, it is too early for me to comment. My experience with him is that what he says versus what actually is, doesn't always match up.\"

Abele says it doesn't mean other departments are suffering. Rather, he's found way to cut wasteful spending and is asking workers to pay more for health insurance.

\"We're getting a lot more efficient on the things we do,\" Abele said.