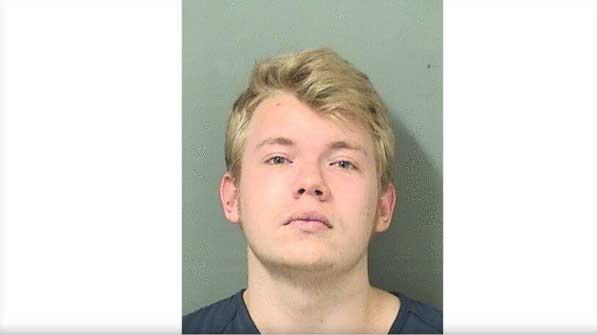 PALM BEACH COUNTY, Fla. (CBS NEWS) — A man was arrested after crashing his car and sending a text message to his mother asking her to remove the suitcase of illegal prescriptions in the trunk, reports CBS affiliate WPEC.

According to the criminal complaint, when Palm Beach County Fire Rescue arrived on scene of a car accident on Dec. 16, the driver, 19-year-old Nicholas Hipp, stated that he was cut off by a truck making a u-turn.

While in the back of the rescue truck being treated for his injuries, Hipp allegedly texted his mother asking her to remove a suitcase from the trunk of his car.

Deputies conducted an interview with Hipp in which he reportedly admitted that he suffers from anxiety and purchases medicine on the street because he does not agree with the pharmaceutical industry. He also reportedly admitted to using the scale for his purchases and bags to store his pills in case he needs just a couple at a time.