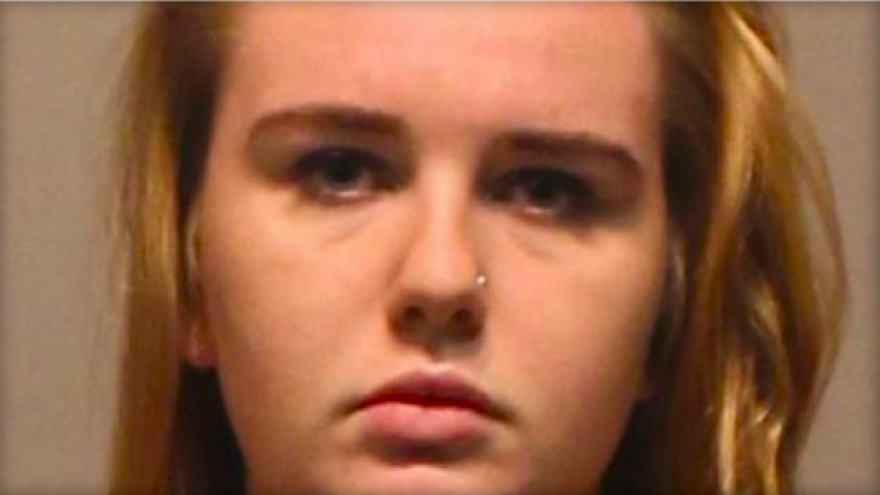 WEST HARTFORD, Conn. -- A Connecticut college student has been charged with smearing body fluids on her roommate's belongings, and police are saying it was a bias crime.

University President Greg Woodward called Brochu's alleged behavior "reprehensible" and said she is no longer a student at the school. He said a no-contact order was put in place and the case was immediately turned over to local authorities once the allegations were reported to university public safety officials Oct. 17.

"The incident has brought about accusations of racism, and I want you to know that I hear and share your anger and frustration," Woodward said. "Acts of racism, bias, bullying, or other abusive behaviors will not be tolerated on this campus."

"What happened is beyond ridiculous," Rowe said. "It's something straight out of a movie."

Rowe said that she was randomly assigned a roommate and moved into the room on campus in August. She didn't identify the roommate in the video. She said the roommate would do things like turn the light off on her when she was in the room.

Eventually, she said she started getting sick. She thought it was just a regular cold; however, she said she never got any other symptoms.

"The sore throat pain got worse," Rowe explained. "It got to the point where I couldn't sleep and I couldn't speak."

University health officials couldn't figure out what was causing it, Rowe said. They prescribed antibiotics for whatever was causing "bad bacteria" in her throat.

Rowe said she decided to move out two weeks ago. That's when her RAs and friends alerted her to what Brochu had posted to Instagram about her.

Rowe read Brochu's Instagram post in the Facebook video: "After one and a half months of spitting in her coconut oil, putting moldy clam dip in her lotions, rubbing used tampons on her backpack, putting her toothbrush places where the sun doesn't shine and so much more, I can finally say goodbye to 'Jamaican Barbie,'" she read.

West Hartford Police said they were dispatched to the University of Hartford campus Oct. 18 to investigate "a report of vandalism and harassment," WFSB reports.

They corroborated some of Rowe's story, including that Brochu posted statements to Instagram in which she said she did things such as put bodily fluids on her roommate's property.

Police said she posted photos of other tampered property as well.

Brochu turned herself in on Oct. 28. She told police she "began to lash out due to a 'hostile environment' caused by [the victim's] rude behavior, not compromising, and posting Snapchat videos of me sleeping and making fun of me snoring,"reports the Hartford Courant.

She said she had requested a room change Oct. 11, but was unsuccessful.

Brochu faced a Hartford Community Court judge Wednesday morning and was ordered to stay off of the University of Hartford campus and not contact her former roommate while the case proceeds, the paper reports.