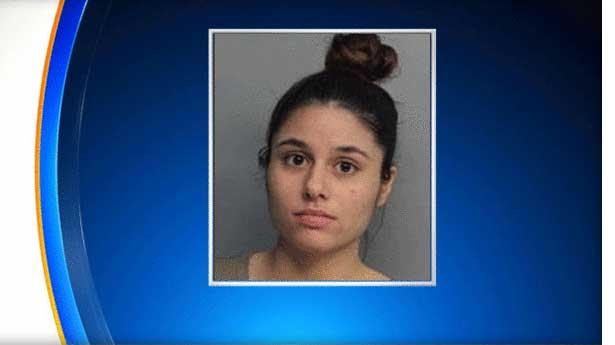 MIAMI (CBS NEWS)  – A college football player is not expected to play another game this season after being doused with boiling water and suffering severe burns, reports CBS Miami.

In a fit of anger, Mary Gaspar, Jonnu Smith’s 20-year-old pregnant girlfriend, allegedly admitted to police she poured a pot of boiling water onto Smith for not paying enough attention to her. She said the two had been arguing all day and while “feeling extremely emotional and stressed,” she boiled the water and attacked him in his dorm.

Smith is a prospect in next year’s NFL Draft but his skills and career may now have been jeopardized. He reportedly suffered burns to his head, neck, back, shoulder and arm.

According to the arrest report, when Smith still didn’t show a reaction to the boiling water, Gaspar began hitting him with her open hands.

He was taken to Kendall Regional Medical Center.

Smith is projected as a late round pick or undrafted free agent, CBS News partner The Miami Herald reports.

Gaspar is charged with aggravated battery and is on pre-trial release.