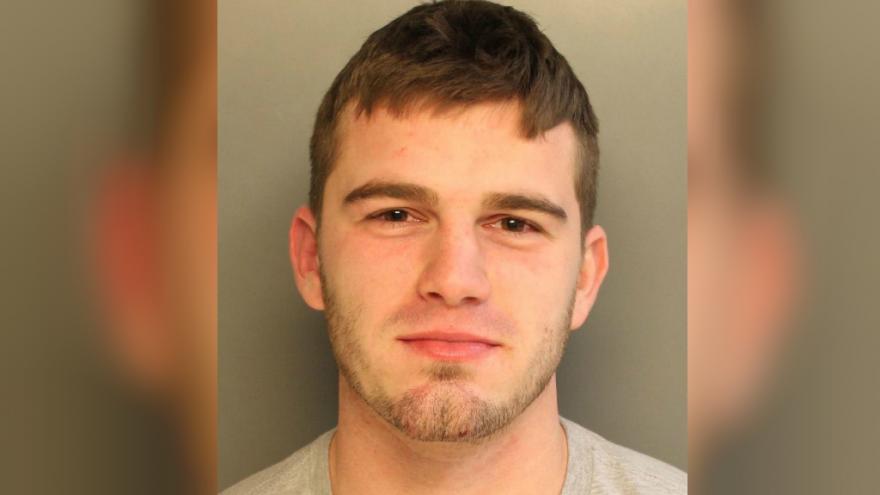 PHILADELPHIA – Police said a Pennsylvania man who was ejected from Saturday's Philadelphia Eagles game assaulted a police horse after leaving the stadium. Taylor Hendricks, 22, was removed from Lincoln Financial Field before the start of the Eagles' NFL playoff game against the Atlanta Falcons by stadium personnel who said he arrived intoxicated and was unable to produce a ticket.

"After the male was ejected he walked over to a mounted officer and began punching the horse in the face, neck and shoulder area," the Philadelphia Police Department said in a statement to CBS News. The department said the officer who was riding the horse was also struck in the legs during the incident.

Neither the horse nor the officer that was riding it were injured in the incident, according to police.

Court records indicate Hendricks was released after posting 10 percent of a $5,000 bail. A plea has not been entered in the case and he is next scheduled to appear on Jan. 30.

The Eagles defeated the Falcons during Saturday's game 15-10, and advanced to the NFC Championship game, Sunday against the Minnesota Vikings at Lincoln Financial Field.