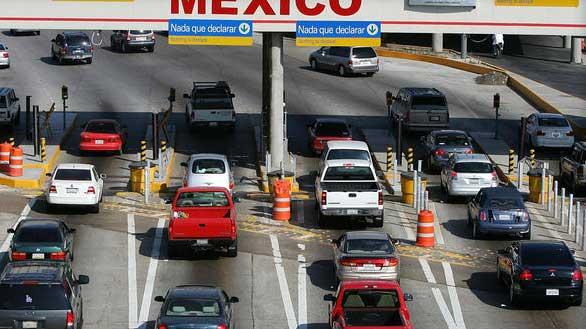 SAN DIEGO (CBS NEWS) -- Mexican authorities arrested a man and a woman who allegedly crossed the border from the U.S. Tuesday carrying a duffel bag with a toddler's body inside, according to the San Diego Police Department.

The suspects, 39-year-old Johnny Lewis Hartley and 43-year-old Mercy Mary Becerra, were stopped by Mexican officials shortly after they crossed over the border between San Diego and Tijuana. Becerra initially fled but was detained soon after, according to police. Hartley was detained immediately and the bag was examined through an x-ray machine.

The x-ray revealed the body of a deceased toddler that officials estimate was about two years old, according to police.

Hartley and Becerra were turned over to San Diego authorities, who believe the toddler likely died in Whittier, California, according to a statement released by the San Diego Police Department. Officials have not said how the baby died.