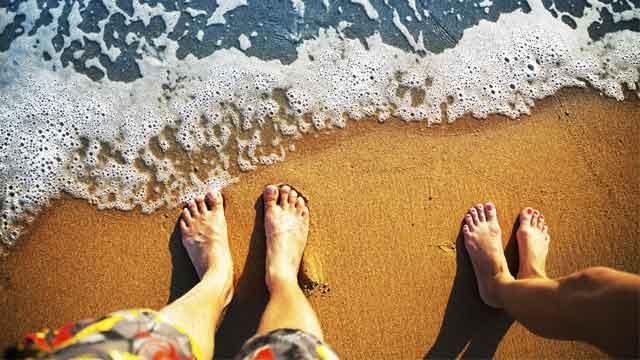 Just in time for National Beach Safety Week and Rip Current Awareness Week June 4-11, beaches on lakes Superior and Michigan will be safer thanks to continuation of two projects, according to a press release from Wisconsin Sea Grant.

The first addresses the threat of rip currents. Rip currents can pull swimmers away from shore out into the open lake. To detect and predict the presence of these dangerous currents, researchers are installing beach web cams and underwater wave sensors at three beaches in Port Washington, McKinley Beach in Milwaukee, and Park Point Beach in Duluth.

This is the second summer for the “Integrated Nowcast/Forecast Operation System” (INOFS) project, which combines the academic know-how of University of Wisconsin-Madison researchers with the outreach capability of Wisconsin Sea Grant, the coastal issues expertise of the Wisconsin Coastal Management Program and the resources of the three city parks departments. Once the equipment is operational, the public can view rip current conditions at these beaches by accessing http://infosportwashington.cee.wisc.edu.

The project is the brainchild and personal mission of Chin Wu, a UW-Madison professor of civil and environmental engineering. “Rip currents claim more lives on the Great Lakes annually than tornadoes, lightning and floods,” Wu said. “Our project will address these tragic statistics.”

INFOS is funded with $200,000 from the National Oceanic and Atmospheric Administration (NOAA) Coastal Storms Program, which is a regional effort to make Great Lakes coastal communities safer and more resilient to storms, weather hazards and climate change.

“The hope is that having life jackets and throw rings available on the beaches will increase the likelihood of rescue in the event a swimmer gets in distress,” said Gene Clark, a coastal engineer with Wisconsin Sea Grant. Beach safety messages can be accessed on the project website: http://www.miseagrant.umich.edu/dc/.