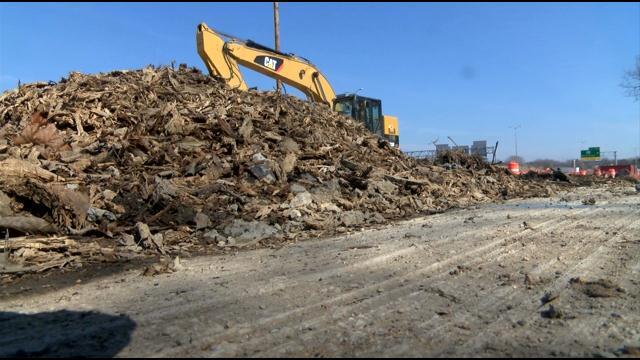 The Zoo Interchange construction  may add some time to your daily commute, but for those living in the construction zone it can cause some major headaches beyond travel woes.

\"I think once it's all complete, everyone's going to realize it was worth all the hassle.\" said Ed Haas.

Haas has lived in this house off of 86th street for thirty-five years. He's seen his share of construction before but nothing like this.

He says it's a massive undertaking with some massive headaches. For one, Haas has quite a time getting to his home.

\"We can't access off of 92nd street, because all of these streets off of Adler are dead-end,\" said Haas.

A little construction is one thing but residents here tell us it takes on whole new meaning when it's right here in your front yard.

\"It's a little bit difficult taking walks, there's a lot of mud around and just all the construction gets in the way of the sidewalk sometimes,\" said Rebekah Wech, who was out walking her dog with her children.

DOT project manager Ryan Luck says now is the time of year crews have to be vigilant about clean up and are doing everything they can.

\"We use street sweeping, water than can be placed on the roadway, we put rocks into the muddy areas but even with those best efforts we have to maintain those operations,\" said Luck.

And as for the noise, Luck says they try to do all the heavy demolition during the day.

\"We do have to do some demolition at night, that's due to traffic volumes or we'd have to close the whole freeway,\" said Luck,

Luck says it will be worth it, estimating the improvements could decrease accidents by 50 percent.