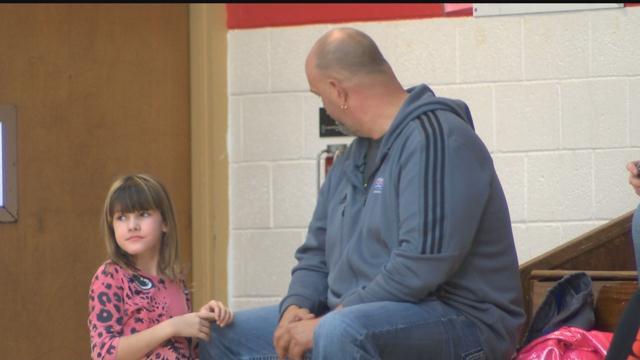 But other levels of sports face or have faced the same type of issues with reporting concussions - even the NFL, according to a former player.

Glenn Derby started his football career in Oconomowoc and played in high school. He would go on to play for the University of Wisconsin Badgers then play for the New Orleans Saints where he played until 1991. He's now a plaintiff in a lawsuit against the NFL for concussion-related injuries.

"There was a couple times where I got hit hard enough where I was actually going to the wrong sidelines. You know, I was going to the opposing sideline and my fellow teammates grabbed me and pulled me back and said 'No, we're over here'," Derby said.

"The difference today is compared back then it was basically 'Be a man. Suck it up. You're going to get these. Shake it off.' And I remember shaking my head and saying 'I gotta go, I gotta go, I gotta go'. And today now when you get some of those its like you don't need to keep pounding," Derby said.

this culture-shift is something UW-researchers want to encourage. Their new study seeks to answers questions like "What matters to athletes in brain safety?", "How do athletes talk about concussions?", and "What affects their response to a head injury?"

With that information researchers will redesign the NCAA concussion fact sheet in hopes of raising awareness in the same way the Will Smith movie "Concussion" did in the past year on the professional level.

"it's a reality. i mean, i knew Mike Webster. I knew some of those other guys that actually have had this. I have friends of mine who unfortunately are no longer with us because of this. And if there is in fact a correlation to numerous hits to the head, the beautiful thing about this is that now the NFL can no longer say it doesn't happen and that it's a bunch of B.S.," Derby said.

The lawsuit against the NFL has been mostly settled with the players but there are still a few pieces a judge has to decide on. Derby said he expects more development on that this summer.

Glenn Derby now trains young people the skills it takes to be an offensive linemen while protecting themselves through his business "Trench Training".

He also has some long term injuries including a limp caused by two multiple-times-broken ankles. He said his doctors tell him they will both need to be replaced.