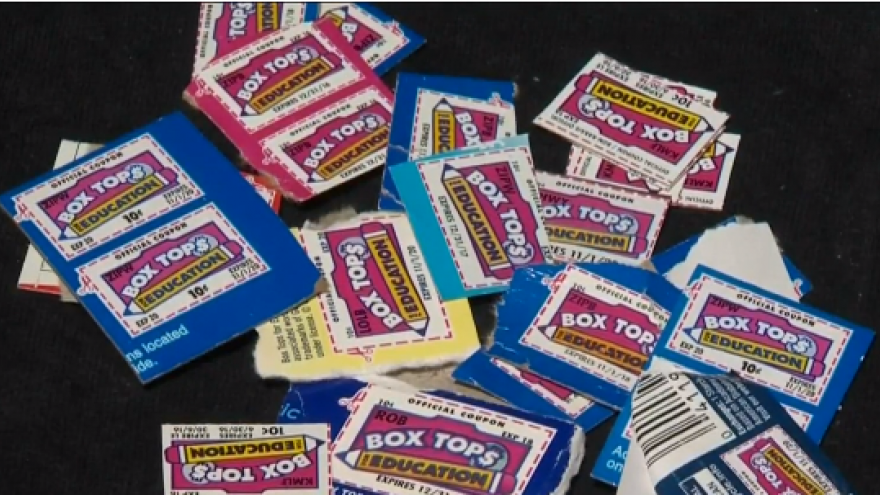 But now the company is warning parents that a bill working its way through the California Assembly could do away with the program.

CBS2’s Kristine Lazar explains why Box Tops might be a thing of the past.

If you’re a parent of a school-age kid, chances are you’ve heard and seen Box Tops.

Families cut off and turn in Box Tops from select General Mills products, and the company cuts the school a check. Each Box Top is worth 10 cents. Nah Young Kim is a Box Top coordinator for an elementary school in Thousand Oaks.

A state Assembly bill aimed at combating poor eating habits and childhood obesity could bring an end to this type of fundraiser in the state.

“I think any bill that infringes upon supplemental funding for education is ludicrous unless it’s unethical or immoral,” says Turner.

She and other coordinators received an email from General Mills on Wednesday warning them about AB 841. The bill bans junk-food advertising on campus, eliminates junk food or beverage rewards and incentives for academic success, and prohibits schools from participating in fundraisers that require the purchase of junk foods.

One mom also thinks junk food should be limited, but “it should be to be honest, a parental choice,” said Kim.

The American Heart Association, a co-sponsor of the bill, says it is reinforcing federal laws on junk food on campus passed last year.

And that, “The author and co-sponsors understand and appreciate the need for schools to continue these partnerships. The author’s office is submitting amendments that will clarify that issue.”

But Lazar spoke to a mom who wasn’t convinced.

“And the fact that they would spend additional time writing amendments to make this a more reasonable bill is a massive waste of money when we could be spending that money on actually educating the children on smart choices,” said Turner.

As for the other fundraisers, like selling chocolate or cookie dough, the bill would allow it but only if it isn’t advertised on campus and as long as the food isn’t handed out on campus until 30 minutes after school has ended.