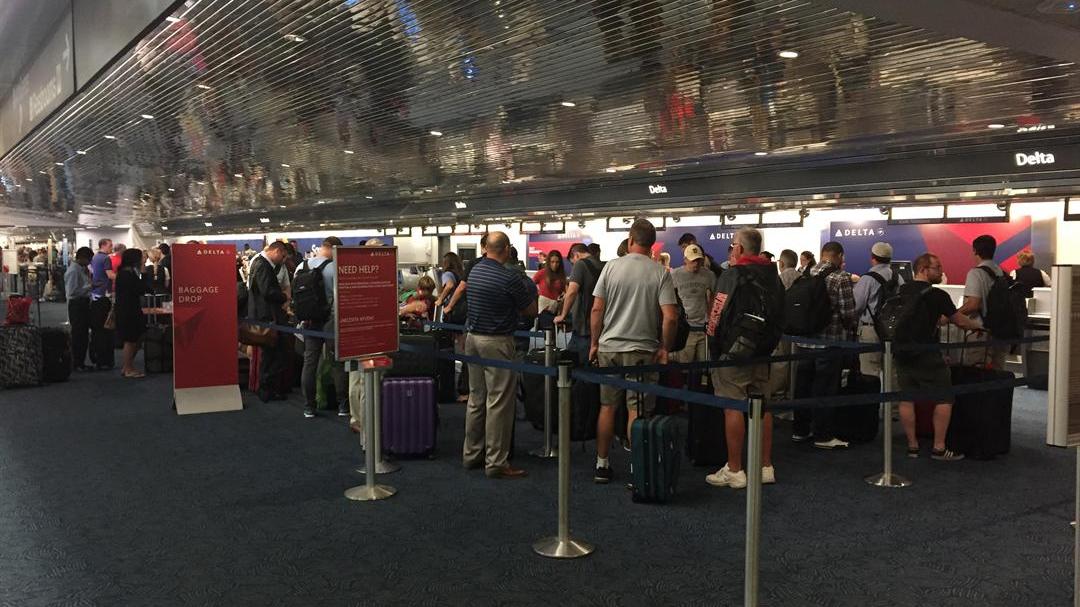 UPDATE: Delta says that the ground stop has been lifted, but only limited departures have resumed. They say travelers should still expect delays and cancellations

ORIGINAL: Long lines are forming at airport check-in counts this morning  as Delta Airlines experiences a computer outage that is affecting travelers worldwide.

Delta Air Lines tweeted early Monday that its computer systems were down “everywhere.”

AP reported from London that all flights are grounded due to a system outage.

CBS 58 called Delta’s Reservation line early this morning and was told that all systems were down, but they had hoped to have it operational “in an hour.”

11 Delta flights have been delayed so far, with more delays expected. Keep up-to-date on any delays by checking the General Mitchell Airport website departures page here.