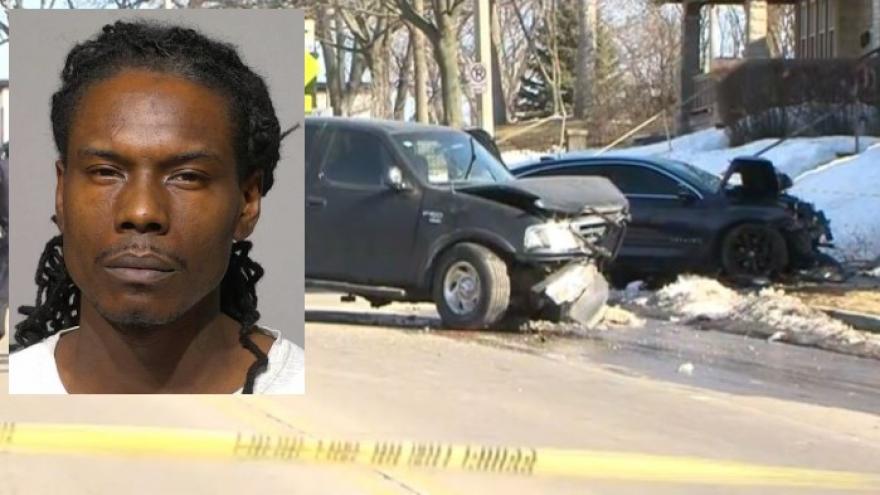 MILWAUKEE (CBS 58) -- Criminal charges have been issued against the driver of a vehicle involved in a crash that killed a 3 1/2-month-old baby and injured a 4-year-old child.

The crash happened near 34th and Greenfield the afternoon of Monday, March 8.

According to a criminal complaint, Barnes was driving westbound on Greenfield Avenue at a high rate of speed when he crossed the eastbound lanes of traffic, striking a parked vehicle.

The vehicle Barnes was driving had three passengers inside -- a 3-month-old infant, 4-year-old child and an adult female.

The complaint says the 3-month-old baby had been placed in a car carrier without any belts to secure the child inside. The baby suffered traumatic injuries in the crash and later died. The 4-year-old child was also injured in the crash and taken to Children's Wisconsin with a broken femur.

In an interview, Barnes told detectives that before going to meet his passenger, he took three Oxycodone pills "to feel good," and admitted to taking both Oxycodone and Xanax with the children in the vehicle.

His passenger told investigators that she had known Barnes for about three months, and that her two children were in the backseat of the car he was driving.  She said that she and Barnes had been going to pick up more pills when the crash occurred. The woman said she normally leaves the children with her mother, but she wouldn't be home until later and Barnes wanted the pills right away.

She further stated that she and Barnes picked up Percocet and Xanax at a gas station that morning, which they consumed immediately. They then drove to another location, bought marijuana and smoked that outside the car. She said she couldn't remember much after that because she was "nodding off and feeling good."

Court records show Barnes was previously convicted of hit and run resulting in death in December of 2004.

A witness told detectives he overheard a man telling Barnes that he didn't seem to care that his kids were injured and that one of them wasn't breathing. He said he heard Barnes say in response, "those aren't my kids."